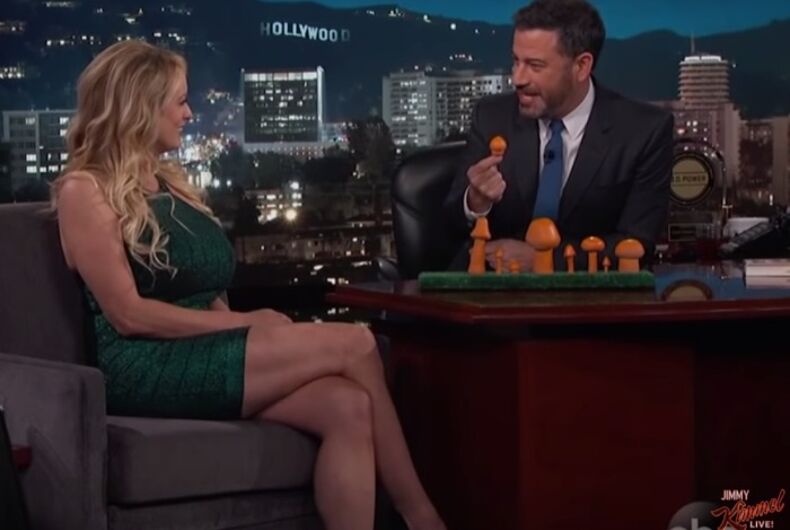 Stormy Daniels appeared on Jimmy Kimmel Live last night to promote her new book Full Disclosure and that’s exactly what she did.

She told Kimmel about spanking Trump with a rolled up copy of Forbes magazine – and then demonstrated her technique on the late show comedian.

“Hang on I just want to pray for a second. Please God let him be watching right now,” Kimmel joked before the demonstration.

Daniels also claimed Trump was wearing silk pajamas when she got to his room, saying, “I’m pretty sure I thought he was channeling Hugh Hefner. Significantly less sexy.”

She told Kimmel that Trump had Old Spice cologne in the bathroom, but when Kimmel added “and you made love,” Daniels quickly clarified the encounter.

“Gross!” Daniels shot back. “What’s wrong with you? I laid there and prayed for death.”

Kimmel ended the bit by bringing out a tray of mushrooms and asking her to show him which one looks like Trump’s penis. If you guess that she picked the biggest one, you’re sorely mistaken.