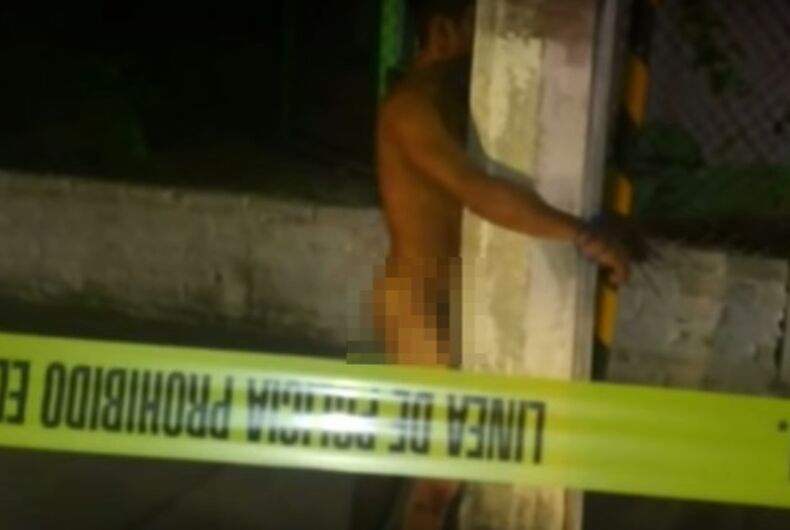 Someone is tying naked beaten men to lamp poles in Puerto Vallarta.Photo: Screenshot

Police in Puerto Vallarta are baffled why someone is tying naked men to lamp poles in the city after spanking them so hard the men have bruises on their butts. The letter “R” was also shaved into the back of each man’s head.

Ten men have been found tied to the posts around the city – most within minutes of each other on two different nights according to the Mexican news outlet Informador.

Authorities suspect the “R” stands for “rat,” a common term to describe thieves, and local vigilantes are to blame. They also say it could be a conflict between rival gangs.

None of the badly beaten men will admit why they were publicly humiliated. Many have said they were abducted from their homes, but claim they have no idea who did it or why.

Stormy Daniels on sex with Trump: ‘I laid there and prayed for death’

This deaf man got his hearing back. The first thing he heard was his partner proposing.