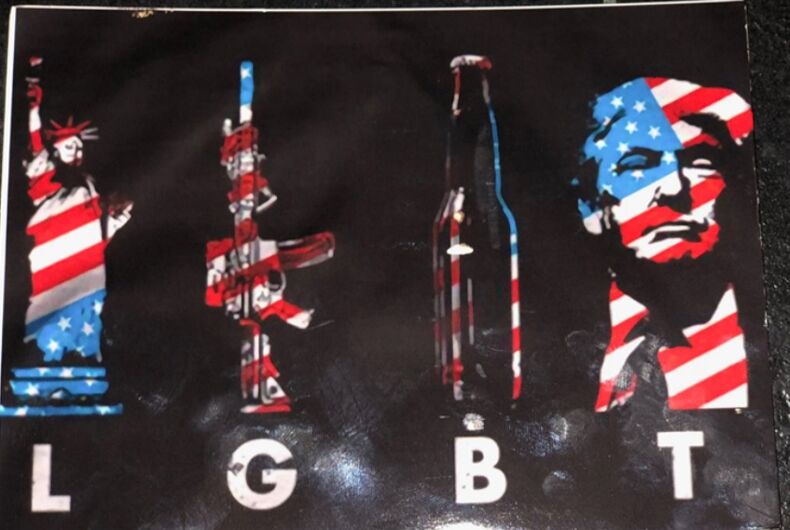 At least four gay bars in Nashville have received a flyer with an image of a gun.

Melvin Brown, who owns Stirrup, said he got the flyer in the mail last Thursday.

The flyer shows the letters “LGBT,” but with an image to go with each letter: the Statue of Liberty, an assault rifle, a beer bottle, and Donald Trump.

The envelope said “MAGA” – an abbreviation for “Make America Great Again” popularized by Trump – and listed a fake address.

Related: A mother didn’t know what to do when her son came out. So she called a gay bar.

“When you put a picture of an assault rifle on there which was used in the Pulse shooting and you mail it to every LGBT bar in Nashville, that is coming from a hateful place,” Brown said.

“To say that it’s disturbing is an understatement.”

While the flyer doesn’t mention any political campaign, Brown believes that the sender was inspired by the upcoming midterm elections.

“The midterms are right around the corner and I think somebody is trying to incite a reaction,” Brown added.

Is Queen Latifah about to have a baby with her longtime partner?