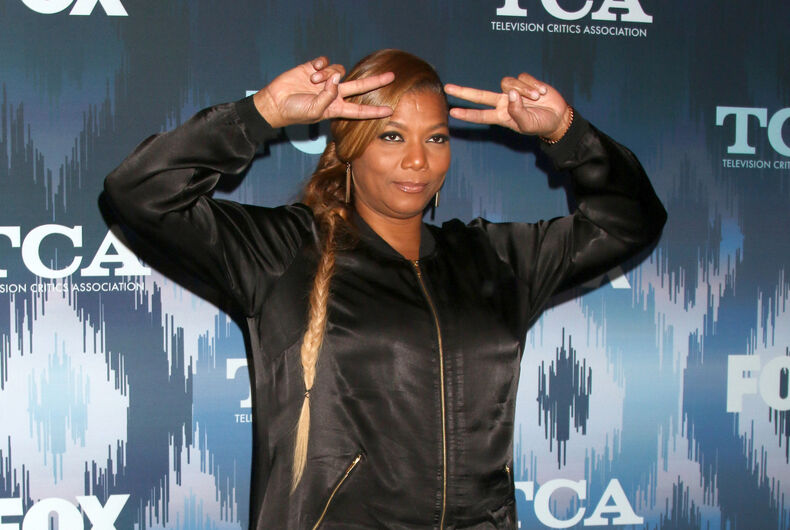 Queen Latifah’s sexual orientation has been a nonstop source of gossip for years as the hit singer and actress has steadfastly refused to confirm or deny that she is a lesbian. She is allegedly in a longtime relationship with Eboni Nichols.

Radar Online has published a photo of Nichols with a “baby bump” and what appears to be an engagement ring on her finger.

Latifah has been notoriously quiet about her personal life and her reluctance to talk about her sexual orientation has frequently been compared to actors Jodie Foster and Kevin Spacey’s years-long non-denial denials. She will neither confirm nor deny that she is a lesbian.

In 2010, she was photographed embracing her then-rumored girlfriend on a yacht.

Foster came out on stage at the Golden Globes in 2013. Spacey came out after he was accused of sexual assault by actor Anthony Rapp earlier this year.

Latifah has not come out as part of the LGBTQ community. A request for comment was not returned by publication.