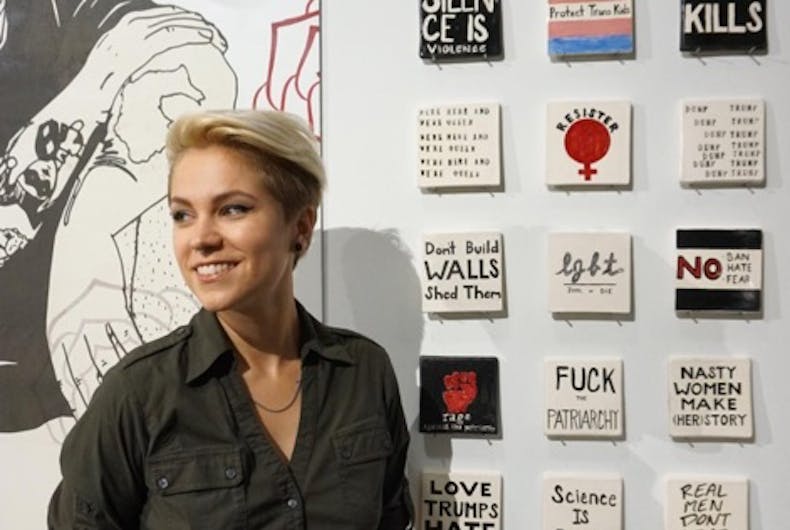 One trend that has emerged this election season is perhaps the most personal of all: family members disavowing a relative as unfit for office.

The latest example comes from Georgia, where the queer niece of Republican candidate Brian Kemp has let it be known that she’s supporting his opponent, Democrat Stacey Abrams. The two are locked in a neck-and-neck race that is going down to the wire.

“There’s family behind politics, but politics is not always about supporting your family,” Caty Cowsert told Vice. “And sometimes, your family doesn’t support you, but you know they love you. You just have to find the politician that supports you.”

Kemp has positioned himself in the campaign as another Trump. His ads established him as a gun-loving, immigrant-hating, proudly politically incorrect conservative.

“This is not Uncle Brian,” Cowsert said she thought when she saw the commercials. “I really thought it was a joke, like someone had dubbed his voice over things.”

Kemp’s lack of support for LGBTQ rights is a key factor in Cowsert’s decision to vote for Abrams.

“[Kemp] has never voted for LGBT rights or any sort of equality matters that would make me want to vote for him, whereas Stacey has voted for those policies for more than a decade, and she knows minorities, and she knows equality and has a different standpoint that I can back,” Cowsert said.

Kemp isn’t the only politician in Cowsert’s family. Her father, Bill Cowsert, is a politically powerful Republican and Majority Leader in the state senate.

The family’s right-wing tilt makes for awkward gatherings, Cowsert admits. Still, she says her father is “as cool a dad as you could ask for” and that she’s able to engage in thoughtful conversations about political issues with him.

Cowsert hasn’t reached out to Abrams’ campaign and she isn’t actively electioneering against her uncle. Her approach sets her apart from some of the other families that have staked out public positions against family members.

A dozen family members of Adam Laxalt, the Republican nominee for Nevada governor, penned an op-ed in which they said he was “the wrong choice for Nevada’s governorship.”

The relatives said that Laxalt was exploiting the family name (he’s the grandson of the late Sen. Paul Laxalt) and knew virtually nothing about Nevada, having spent most of his time in Washington, D.C. They also alleged ethical lapses and administrative incompetence.

As bad as that was, the Laxalt clan didn’t go as far as six siblings of Rep. Paul Gosar, an Arizona Republican. They actually appeared in a devastating ad for Gosar’s Democratic opponent, David Brill in which they criticized their brother as “not having your interests at heart.”

Gosar responded in true Trumpian fashion. “These disgruntled Hillary supporters are related by blood to me but like leftists everywhere, they put political ideology before family,” he said on Twitter. “Stalin would be proud.”