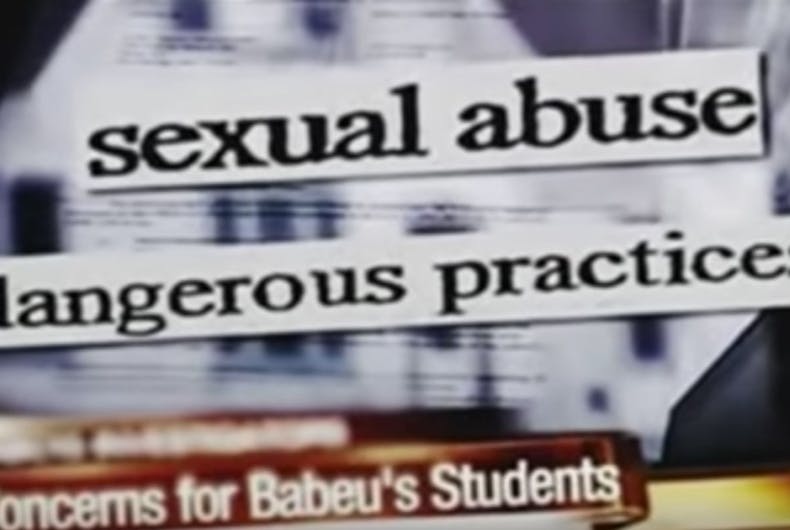 Gay conservative Republican congressional candidate Paul Babeu just can’t escape controversy, but this time he’s not the one being called out for bad behavior. A new political ad from the Democratic Congressional Campaign Committee (DCCC) is being called homophobic by the candidate and Log Cabin Republicans.

Before Babeu won his primary election, his sisters put out separate statements condemning his candidacy and urging voters to elect someone different. One of them called him “unfit to serve.”

The Democrats are continuing that theme by bringing up old allegations of child sexual and physical abuse from Babeu’s days as headmaster of an unlicensed boy’s boarding school in Massachusetts. Babeu had a relationship with a 17 year old student at the school who lived at his home. The age of consent in Massachusetts is 17, so no charges were filed.

Babeu denied knowing that students were being physically tortured and beaten by faculty during his days as the head of the school. A later investigation by an Arizona television station, however, video of Babeu bragging about the school’s discipline policies at a Christmas family gathering was released by his sister. The feds shut down the school shortly after Babeu left.

“You should see these kids, they’re bonkers,” said Babeu in the video.

Experts said the discipline meted out at the school was “criminal child abuse” and “torture.” No charges were filed against Babeu related to the allegations.

“Attack ads don’t get more homophobic than this,” Log Cabin Republicans President Gregory T. Angelo said in an emailed statement. “Not only is this commercial factually inaccurate, but it shows just how low the DCCC is willing to go to stop a gay Republican from being elected to Congress.”

Watch the attack ad below and let us know. Is it homophobic or is it fair game?

Donald Trump to hang with homophobes who support laws against gays