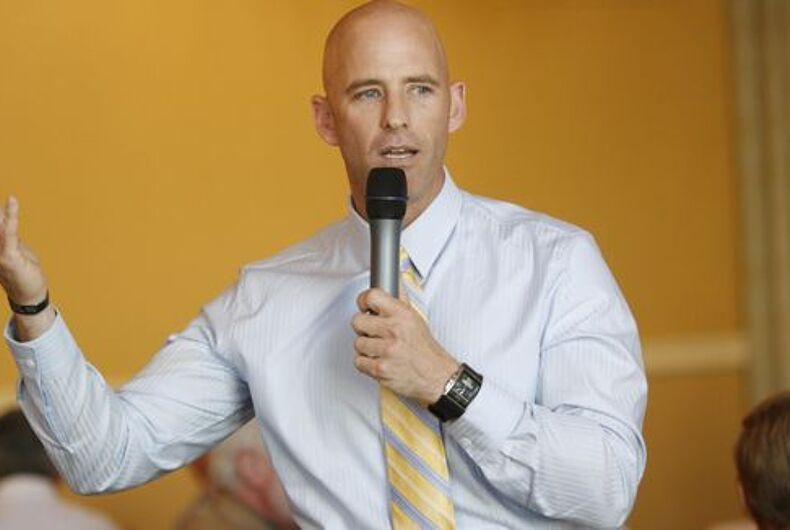 Openly gay Republican congressional candidate Paul Babeu has two challengers that aren’t in politics. Instead, the conservative politician, who was outed in 2012 by by his ex-lover, has been facing down his sisters in a war of words.

Babeu, who dropped his campaign for Arizona’s 1st District congressional seat after being outed following allegations he threatened to have his ex-boyfriend, a Mexican immigrant, deported after they broke up, won a five-way primary last week to become the party’s official candidate. A federal investigation later cleared Babeau of the charges, saying there wasn’t enough evidence to proceed.

“The decisions my brother Paul has made throughout his life are not the makings of someone who represents the values of our congressional district, our state, or our country,” Lucy Babeu said in a press released earlier this summer.

Veronica Keating, another sister, joined the condemnation. “Paul thinks only of himself and his political career at the expense of others. He does not care about the people whom elected officials are called to serve. As his siblings, Lucy and I know firsthand how unfit he is to serve. The people of Arizona must know, too,” she said.

The race is expected to be a tight one with Republicans investing heavily to try to flip the district out of Democrat control.

Missouri double murder likely a hate crime according to police