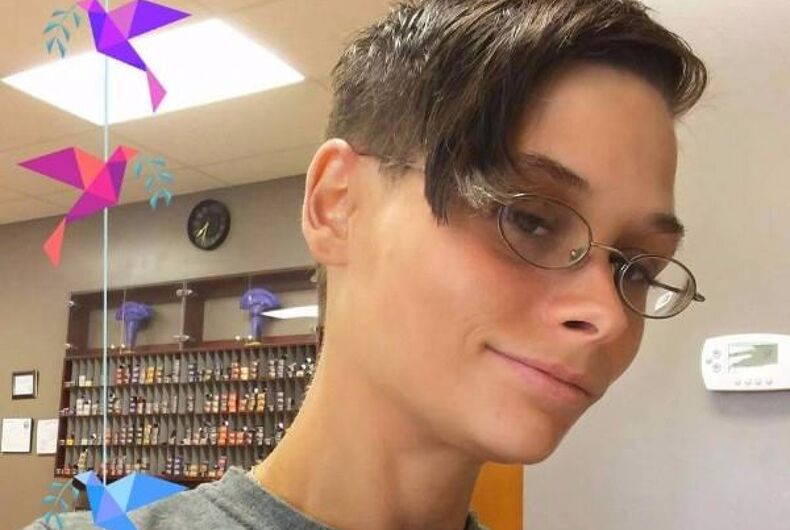 A double homicide in Camden County, Mo. is being investigated as an anti-LGBT hate crime by local and federal officials.

Steven Ray Endsley, 54, was arrested for the murders of out-lesbian Danielle M. Smith, 27, and her mother, Teresa A. Jackson, 61, on Saturday.

Smith’s and Jackson’s bodies were discovered in the remains of their burned out trailer home on the morning of Aug 29, according to a press release. Their identities had not been released until their next of kin were notified. Endsley was their next door neighbor and, according to witnesses, had been in an ongoing disagreement with Smith over her sexual orientation. The FBI is assisting the CCSO in investigating the possibility of the murders being a hate crime linked to that disagreement

Two other adult members of Endsley’s family were taken into custody for questioning at the time of his arrest. Neither of those family members have been charged with a crime, so their identities will not be released pending the results of the continuing investigation.

“Even today, too many LGBT people are still met with harassment and violence, simply for who they are or why they love,” said Steph Perkins, Executive Director of PROMO, Missouri’s statewide LGBT advocacy organization.

“We are grateful to those in law enforcement who are taking this matter with seriousness and diligence and seeking justice for Danniel and Teresa and their family. We must all work together to ensure we treat each other with compassion and situations like this do not happen again,” Perkins continued.

According to multiple sources, Smith filed complaints of anti-LGBT harassment against Endsley. Preliminary results of the autopsy confirm both of the deceased persons were victims of homicide prior to the fire.

A Go Fund Me Page has been created for the victims.

Gay congressional candidate’s sisters say he is ‘unfit to serve’