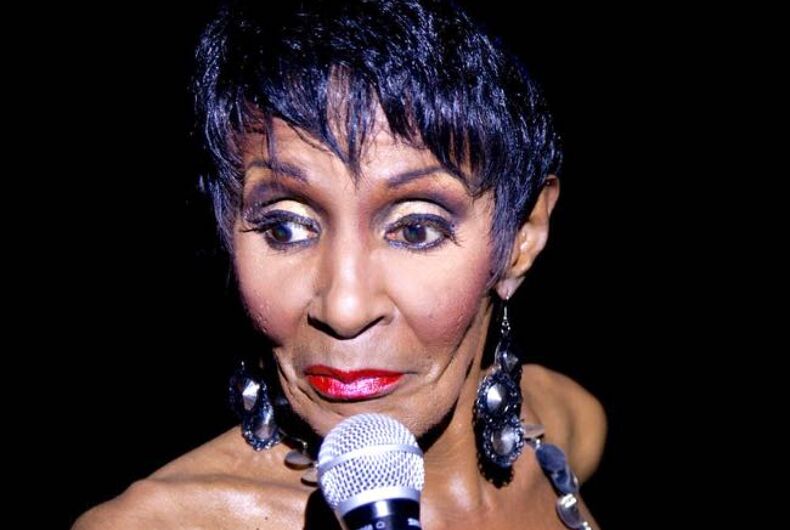 The Lady Chablis, whose 30 years as a drag performer shot her to stardom, died at a Savannah, Ga. hospital Thursday after months of ill health. She was 59.

Known to locals as the Grand Empress of Savannah, Lady Chablis was surrounded by friends and family at St. Joseph’s/Candler Hospital when she died, according to WTOC-TV.

Her death was announced by Club One, the club where Lady Chablis performed since it opened nearly 30 years ago, reported QNotes.

“Chablis always wanted to give the audience, be it 15 or 1500, the best that she had. With her declining health, she regretted that her body wouldn’t allow her to give more,” Club One said in a Facebook post.

Long before Facebook came into existence, the national spotlight shone on Lady Chablis when she was included as a central character in John Berendt’s book, “Midnight in the Garden of Good and Evil,” known locally as “The Book.” Clint Eastwood cast her to play herself in the 1997 film version.

But fame was a mixed blessing, she said.

“In a good way, it made me famous,” she said. “It got me to places I never imagined I would go …”

“It took away my securtiy and privacy and trust,” Chablis said. “Also, it put me in the limelight where I had to wear that label ‘drag queen.’ I’ve never been comfortable with that label.

“That sort of brought me out of the closet. I had to come to terms with that.”

She also appeared in an episode of “The Real Housewives of Atlanta,” in 2013. “Lady Chablis is the original drag queen in Savannah, Georgia,” said NeNe Leakes in that episode. “She is history honey.”

Lady Chablis was born on March 11, 1957 in Quincy, Fla., according to Wikipedia. In 1996, she wrote “Hiding My Candy: The Autobiography of the Grand Empress of Savannah.” Oprah interviewed her. But perhaps the best memory of who she was comes from author John Berendt:

“Chablis has been by far the most popular character in “Midnight in the Garden of Good and Evil,” the one I’m asked about most often.  She’ll be remembered for her outrageous profanity-laced spontaneity and for being one of the first up-front transsexual personalities to be accepted by a wide audience.

“Chablis could be playful and ironic, but she had a tough inner core. “Don’t be fooled by this dress I’m wearing,” she’d say with a hint of danger in her voice. When it was announced that Clint Eastwood would direct a movie of the book, Chablis was only half-joking when she said, “If I’m not cast as myself in that movie, there won’t be a movie!”

“Eastwood wisely cast Chablis as Chablis.  He then encouraged her to be herself, and to deliver her lines in a manner that seemed most natural to her, which she did.”