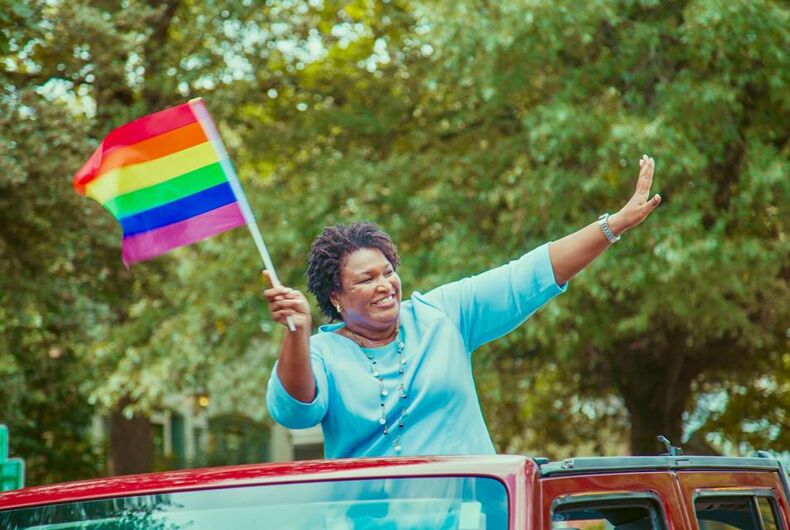 While most of the talk about this fall’s midterm elections is about Congress, there are a lot of interesting governors races as well.

Everyone knows about Cynthia Nixon’s uphill battle against Gov. Andrew Cuomo in New York, but the most interesting race may be, in all places, Georgia. That’s where the future direction of both parties will be put to the test.

The Republican nominee, Secretary of State Brian Kemp, went all out portraying himself as a kind of Neanderthal version of Trump. He campaigned explicitly as “a politically incorrect conservative.”

He ran a commercial showing himself pointing a rifle at a young man courting his daughter and boasted about having a big truck “in case I need to round up some illegals.” In another commercial, Kemp appealed to voters because “I say Merry Christmas and God bless you.”

Kemp defeated Lt. Gov. Casey Cagle, a more mainstream Republican who tried to imitate Trump. Unfortunately for Cagle, an audio recording leaked of him complaining that the primary felt “like it was who had the biggest gun, who had the biggest truck, and who could be the craziest.”

This week GOP voters decided to vote for the craziest, after the chief crazy, Donald Trump, endorsed him.

Kemp’s Democratic opponent is Stacey Abrams, leader of the party in the state House of Representatives. Abrams is an African-American woman who wants to expand Medicaid and increase public school funding. She defeated Stacey Evans, a former state representative, who had called Abrams progressive approach “unhealthy for democracy.”

Abrams is not spending her time trying to convince GOP voters that she’s the better candidate. Instead, she’s running hard on a progressive platform in the belief that it will boost her turnout.

“I’m not going to spend a disproportionate share of our resources trying to convert Republican-leaning voters when we can invest in lifting up the voices of those who share our values,” Abrams told Rolling Stone. “Because here’s the thing: I think our values are the right ones.”

Abrams has a long track record of support for LGBTQ rights, dating back to her days as student at Spelman College. She was a supporter of marriage equality since her first race, in 2006, and has promised as governor to make Georgia “a voice not of discrimination but of defense.”

Compare that to Kemp, who has promised to sign a broad religious liberty bill allowing people to cite their faith in order to discriminate against LGBTQ people. Departing Gov. Nathan Deal, also a Republican, twice vetoed similar legislation, labeling it as discriminatory and citing the opposition of the business community.

The idea of a Southern state being the first state in the nation to elect a black female governor seems preposterous. Abrams is a great campaigner, but she is facing an uphill battle.

Yet Georgia is increasingly purple, a mix of red and blue, thanks to a population influx. If Abrams is going to win, this would be the year that Democratic enthusiasm would put her over the top. In the meantime, we’ll get to see just how well the parties fare as they compete for the future.