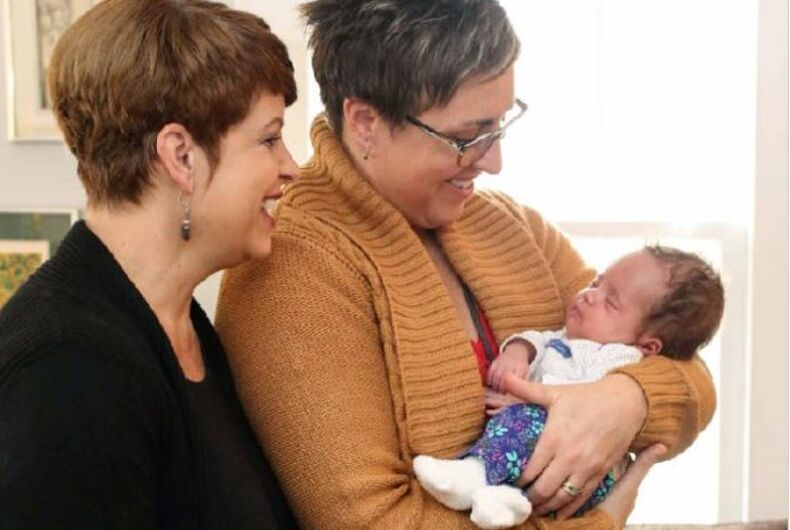 High-profile cases have involved florists, bakers, and photographers who argue that their faith deserves to exempt them from existing nondiscrimination laws. The same goes for health care providers who don’t want to treat transgender patients.

But now comes proof that LGBTQ people are just the tip of the iceberg when it comes to the groups that the religious right would like to discriminate against. In essence, it’s anyone who isn’t a conservative Christian.

The tip off is a request pending before the U.S. Department of Health and Human Services to allow a South Carolina adoption agency from broadly refusing to place children in anything other than conservative Christian homes.

Miracle Hill Ministries in Greenville says that “the heart of our ministry was tied to our common faith in Jesus Christ, and that while we would help any healthy family find a way to provide foster care by helping connect them to some other agency, Miracle Hill would only work directly with Christian families.”

That means Miracle Hill turns away Jews, Muslims, Catholics, and anyone from another faith (or none at all) who doesn’t measure up to the agency’s standards. Needless to say, that goes double for LGBTQ foster parents.

Strictly speaking, Miracle Hill should be facing sanctions and losing its license for such blatant discrimination. However, it has a powerful ally in South Carolina Gov. Henry McMaster, who is using his ties to President Trump to push for a broad exception from the federal government.

Meanwhile, Miracle Hill is discriminating with impunity. Beth Lesser, a Jewish parent with 18 years of experience fostering children, was told that not only that she couldn’t foster children from Miracle Hill but she couldn’t even serve as a mentor.

“I’ve never felt that sort of discrimination before,” Lesser told The Intercept. Miracle Hill is also using the foster care system to program children, she said.

“What Miracle Hill does, is they scoop up these kids from foster care, and they have these group homes. And then once they get the kids in there, their whole objective is to indoctrinate them into their brand of Christianity,” Lesser said.

Miracle Hill’s request to HHS is currently pending, but it certainly has a friendly audience in the Trump White House.

The agency’s request underscores the fact that discrimination that begins against LGBTQ people doesn’t end there. Given the opportunity, conservative Christians will use religious freedom to violate every discrimination standard that is in place.

We just happen to be the first target in line. As Miracle Hill proves, there will be plenty of others joining us.