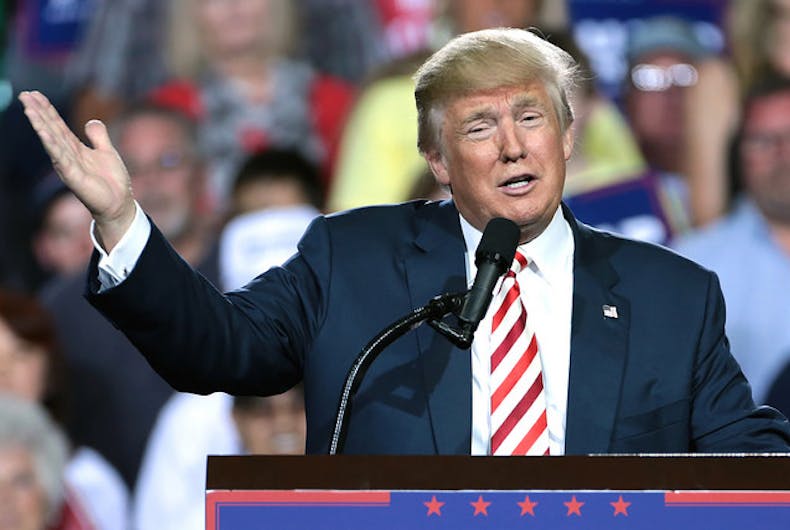 This past weekend, the New York Times broke a story about a Department of Health and Human Services memo in which the Trump Administration’s plans to redefine gender as sex assigned at birth were laid out.

Now Donald Trump has commented on the story, but it doesn’t appear that he knows anything about the policy.

Before leaving the White House on Marine One, a reporter asked Trump about the attempt to legally erase transgender identity.

Notice he said nothing of substance. Who is this “they” that has “a lot of different things happening”?

And what does it mean for something to happen “with respect to transgender”? Who specifically is “looking at it very seriously”?

The “I want to protect our country” at the end of his answer is the cherry on the “dodging the question” cake.

As was obvious back in 2016, Trump’s personal views on LGBTQ people don’t matter.

When he picked Mike Pence as his running mate and adopted the Christian right’s views on pretty much everything during the primaries, it was clear that he would staff his administration with standard-issue Republicans and they would enact whatever parts of the Texas GOP’s platform that they could.

Maybe he’s in over his head, maybe he wants to appease his party’s base, maybe he’s just lazy. Who knows.

In presidential elections, we vote for more than just a person, we vote for an entire administration. What we knew in 2016 was that Trump was a Republican who was going to give a lot of jobs to other Republicans, and now we’re seeing the results.

Senator Cory Booker accused of sexual assault by a gay man. But is it fake news?