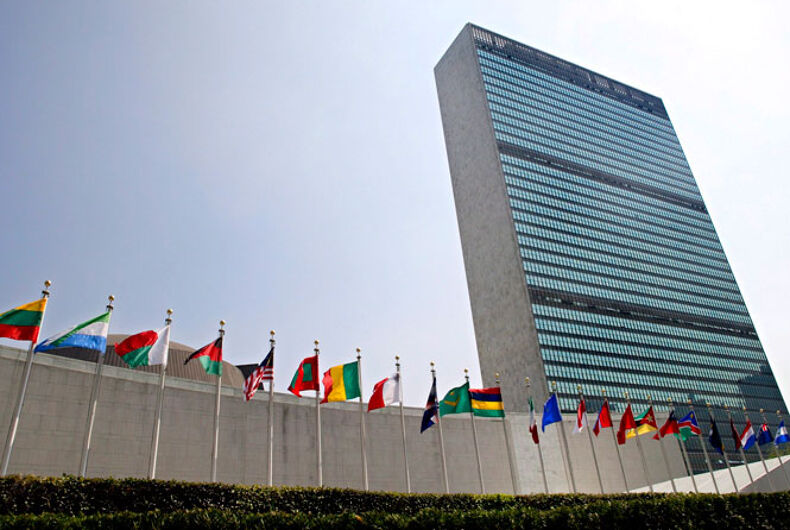 Several diplomats at the United Nations say that the United States is trying to remove references to “gender” from human rights documents.

The Guardian reports that U.S. officials on the Third Committee, which deals with “social, humanitarian, and cultural” rights, have been pushing to remove the word “gender,” which they say is vague and “politically correct.”

In one paper about human trafficking, the U.S. put pressure to replace the phrase “gender-based violence” with “violence against women.”

“If you only say violence against women, it doesn’t really tell the whole story,” a senior diplomat, whose name is not in the Guardian report, said.

The diplomat characterized the campaign as an effort that united the U.S., Russia, and Islamic states against western Europe.

Related: The Trump Administration made foreboding revisions to a webpage for trans people

“We shouldn’t be going along with encouraging their society to be regressive,” they said. “And if that means a blazing row in the Third Committee, I would have a blazing row in committee because I think some things are worth cherishing and worth hanging on to.”

“We are seeing this more and more coming up on the Third Committee, and this is going to be a battle in the coming weeks,” said a European diplomat, whose name was also withheld.

The European diplomat said that they saw at least one instance where a U.S. official tried to put the word “gender” into a document, a sign of conflict within the U.S. delegation.

“While it’s infuriating they would behave in such an extreme and volatile manner at the United Nations, we are confident their prejudice will lose out to science, reason, and the ongoing fight for human rights.”

Last month, the State Department made changes to a web page about updating gender markers on passports that reflected an ideological shift in the department.

References to “gender” were removed and replaced with “sex change,” and a paragraph was added that said that a “sex marker may not match the gender in which you identify.”

And last year, other LGBTQ pages were removed from the State Department’s website.

How Dan Savage became an election issue in a Congressional race