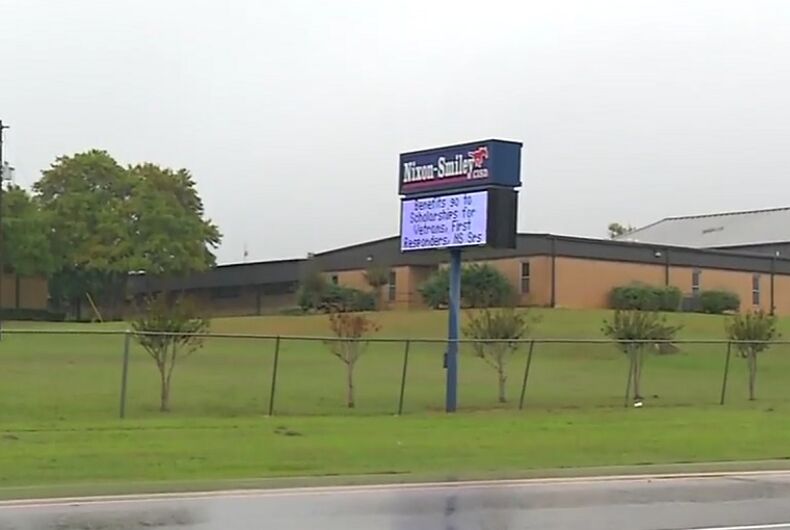 A father in San Antonio is exploring his legal options after a teacher allegedly said that his son is gay and that his girlfriend is “a cover.”

The father, whose wished to remain anonymous to protect his privacy, said that that led to bullying.

“When you say something like that in open class kids are going to talk and they’re going to go with it,” he told News 4 San Antonio.

He said that he has already met with an administrator and the teacher after he filed a complaint, and that the teacher admitted to it and apologized.

“She assumed it because of the way he looks,” the father said. “He’s a well-mannered kid, takes care of himself.”

“She’s apologized but I didn’t want an apology. What’s done is done so there’s nothing she can take back.” He wants the teacher to lose her job.

He says his son is straight.

A spokesperson for the school said, “We are aware of the allegations currently under investigation as the student’s parent goes through a grievance process.”

Texas does not currently prohibit discrimination on the basis of sexual orientation or gender identity in school, and the state has no law that addresses bullying of LGBTQ students.