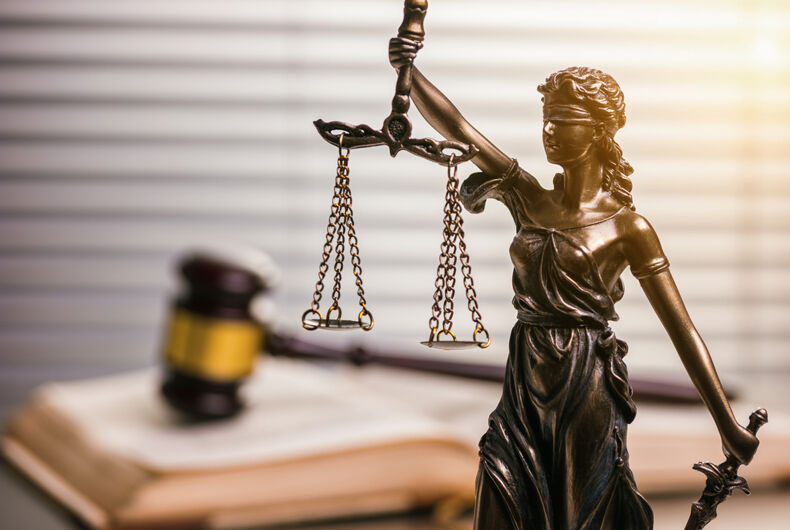 With Brett Kavanaugh’s ascendancy to the Supreme Court, the federal judiciary just became a lot less friendly on LGBTQ issues.

Kavanaugh is nothing like Anthony Kennnedy, whom he replaced and for whom he clerked, either in temperament (Kennedy was a gentleman) or in sympathy to LGBTQ rights.

Moreover, it’s not just Kavanaugh. Trump and Senate Republicans have been stacking the entire federal judiciary with conservative extremists who have a lifetime to play out their disdain for our issues.

Because the courts have played a major role in advancing LGBTQ rights, the change in the landscape will undoubtedly have a negative impact on future progress. Congress is not likely to be much help, at least for the time being.

If Republicans hold on to the Senate, there’s little chance of any pro-LGBTQ legislation passing. Even if Democrats manage to capture both houses of Congress, President Trump would never sign a bill that would anger his evangelical base.

In addition, knowing that they have a friendly audience in front of conservative judges on the federal circuit, right-wing legal groups, such as Alliance Defending Freedom and Liberty Counsel, will be hunting for lawsuits that they can use to peel back the gains of the past 25 years.

With the likelihood that efforts at the federal level are likely to be defensive, that means that the local level will become increasingly important. Gubernatorial races this fall offer the prospect of some significant Democratic gains.

And then there are the state courts.

In the wake of Kavanaugh’s appointment, state courts may offer the best hope for the positive news. State courts have been sympathetic to LGBTQ plaintiffs in recent cases, particularly those involving vendors refusing to provide wedding services.

In fact, there are a slew of cases already wending their way through the state courts. These include cases of transgender patients being refused medical services and adoption agencies discriminating against same-sex couples.

The problem with the state courts is that, if the case is big enough, it’s bound to end up in the federal system. Moreover, a number of cases in the state courts now involve claims of religious freedom by conservative Christians who argue that their business has the right to discriminate against LGBTQ people because of their religious belief.

Those cases may well be settled unfavorably once the Supreme Court gets its hands on an appeal. Certainly, Kavanaugh is much less likely to care about balancing LGBTQ rights with freedom of religion arguments than his predecessor did.

Still, it can take a long time for cases to wend their way through the court system. That buys time as we wait for the pendulum to swing back from the far right.

There’s no question that many judges on the federal courts will be unfriendly for a long time to come. But whenever Democrats manage to regain the White House and Senate, they can start to correct that problem. Let’s just hope that day comes sooner rather than later.

Adolf Hitler was bisexual, according to a declassified 1942 intelligence profile