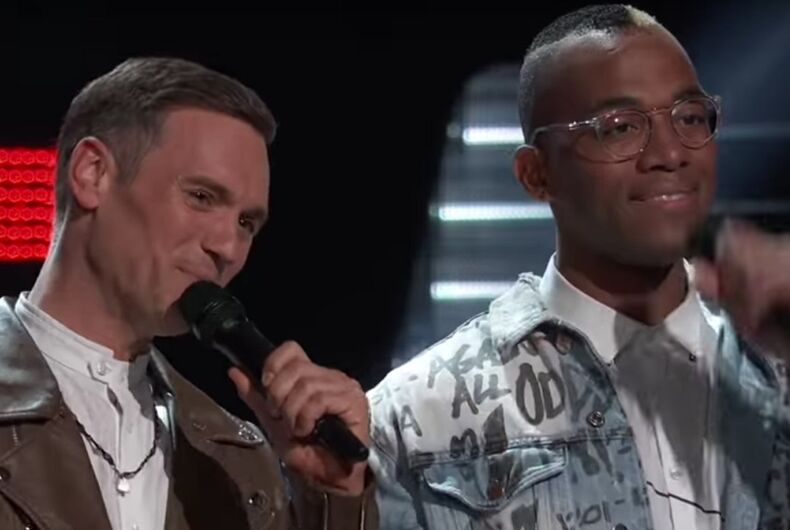 An interracial gay couple on The Voice brought one of the judges to tears with their love.

Jerome and Adam – aka “OneUp” – performed an amazing cover of “Could It Be I’m Falling in Love” that impressed the show’s judges, in a preview clip released by NBC this past week.

The judges then talked to OneUp, and they revealed that they’re not just artistic partners, but also a couple.

The two then invited their families on stage, which was just too much for judge Kelly Clarkson.

Can state courts provide some relief to a right-wing Supreme Court?