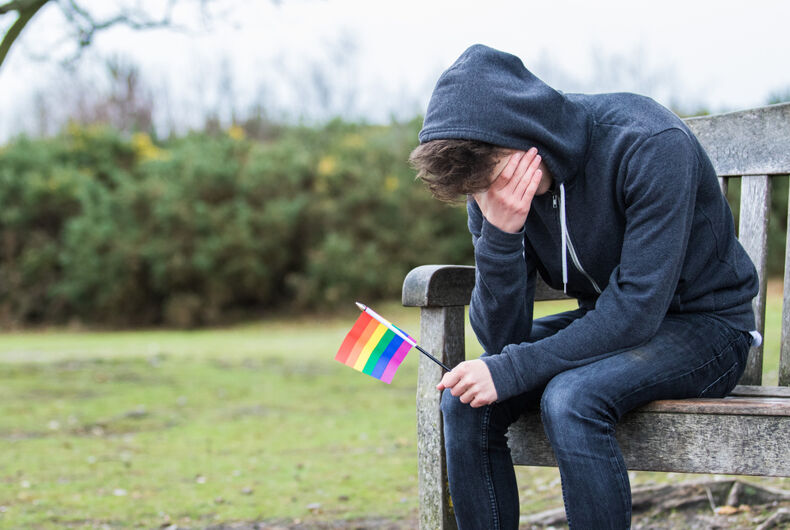 A gay teenager has filed a lawsuit against his school district in Wisconsin, alleging that the school did nothing to stop the relentless bullying he faced since the third grade and that eventually pushed him to drop out of school.

Guadalupe Paredes filed a federal civil rights lawsuit against the Kenosha Unified School District that claims that the school violated Title IX when it did nothing to stop anti-gay bullying directed at him, as well as his 14th Amendment right to equal protection.

Paredes says that the abuse started when he was in third grade, and got so bad that by fifth grade he had to be hospitalized for psychiatric treatment.

In middle school, the bullying got worse. Paredes was told to kill himself and was called slurs. His mother complained to the school, but he kept on being put in classes with his tormentors.

An administrator even told his mother that he brought the abuse on himself by “acting gay and telling other students he was gay.”

In one incident mentioned in the suit, Paredes was told to work with one of his bullies or get suspended for three days. He couldn’t work with the bully so he took the suspension.

In high school, he stopped reporting the harassment “because he believed it was hopeless.”

In 11th grade, he transferred to a different high school, but he eventually dropped out because “mental health issues prevented him from being successful.”

He is now 19 and he’s suing for being denied an education by the school district.

Earlier this year, the Kenosha Unified School District settled a suit for $800,000 that was brought by a transgender student who was discriminated against.