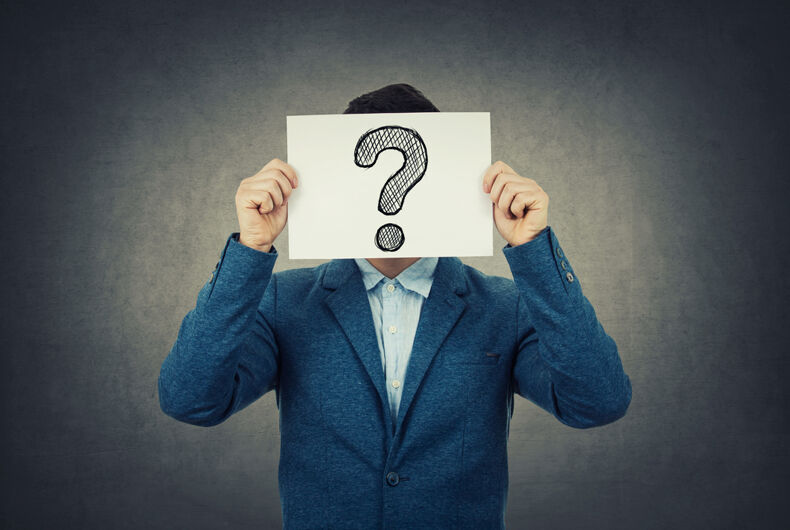 For more than a year, Deputy Attorney General Rod Rosenstein has been rumored to be on the way out. As the man who appointed Robert Mueller to look into the firing of FBI director James Comey (and whatever else Mueller might find), Rosenstein is second only to his boss Jeff Sessions on the list of people President Trump hates most.

The rumor mill really revved up when The New York Times reported that Rosenstein talked about secretly recording Trump as well as the constitutional amendment to remove an unfit president from office.

Indeed, Rosenstein went to the White House last Monday, with the press fully expecting him to resign, except that he didn’t. A meeting with Trump is in the offing, so Rosenstein’s departure may still be coming.

While pundits have speculated endlessly about the consequences to the Mueller investigation if Rosenstein leaves, there’s another reason to be worried. His replacement may well be Matthew Whitaker, a conservative Christian with a long history of anti-LGBTQ bias.

Matthew Whitaker launched his political career in Iowa in 2002, campaigning for state treasurer. He also ran unsuccessfully for the GOP nomination to the Senate in 2014. In that campaign, Whitaker billed himself as “a Christian who regularly attends church with his family.”

Related: How the ‘Dumbest Man on the Internet’ aided the Russian election plot

As might be expected from that description, Whitaker has an affinity for the religious right.  “I have a Christian worldview,” he said during his 2014 campaign. “Our rights come from our Creator and they are guaranteed by the Constitution.”

That includes a Christian-right view of the law. Whitaker has said that judges should be “people of faith” who “had a biblical view of justice.”

In case you were wondering how Whitaker would apply that view, there’s ample evidence. From 2004 to 2009, he was a U.S. Attorney in Iowa. In that role, Whitaker targeted Matt McCoy, the state’s first out gay legislator.

Whitaker brought extortion charges against McCoy, claiming that McCoy threatened a company with loss of Medicaid contracts if it didn’t pay him.

“There’s no allegation that he would have been successful or had any sway with the state Medicaid office,” Whitaker said. “It’s merely the threat that was made.”

McCoy denied the charges, saying that the company owed him $2,000 for a business deal that went sour.

The jury agreed with McCoy – and quickly. It took only two hours for jurors to reach a not guilty verdict, and that included the time the jurors took for lunch. McCoy still serves in the Iowa legislature.

Whitaker denied that he was out to get McCoy, but the denial didn’t exactly pass a smell test. For one, the Bush administration had turned the U.S. Attorney offices into a highly partisan operation out to nail Democrats. For another, as McCoy’s attorney noted, 90 percent of federal court cases result in a conviction.

The case against McCoy was transparently flimsy. It didn’t help that Whitaker’s office insisted that the main witnesses for the prosecution wasn’t on the government payroll, only to have to admit that he was.

Whitaker himself isn’t exactly free of scandal. After losing his Senate campaign, he joined the advisory board of an outfit called World Patent Marketing. Whitaker used his credentials as a former U.S. Attorney to assure potential customers that the company “goes beyond making statements about doing business ‘ethically’ and translate (sic) those words into action.”

Last year, the company was shut down by the Federal Trade Commission for fleecing hundreds of customers out of millions of dollars by falsely promising to help them patent their inventions. In the Trump White House, that kind of scandal is a feature, not a bug.

Whitaker has been serving as Sessions’ chief of staff for the past year, so he’s well placed for a move up the department ladder. He also espouses exactly the kind of views that Trump embraces. He called for a special prosecutor to look into the controversy about Hillary Clinton’s email server and he said that Trump made the “right decision” to fire Comey.

Whether or not Whitaker gets Rosenstein’s job depends on whether Trump has the spine to fire Rosenstein. For all his bluster, Trump is a notorious coward when it comes to getting rid of someone.

He only played a hard-nosed executive on TV. Kind of like he’s playing president.

This Muslim American woman will be an LGBTQ champion in Congress