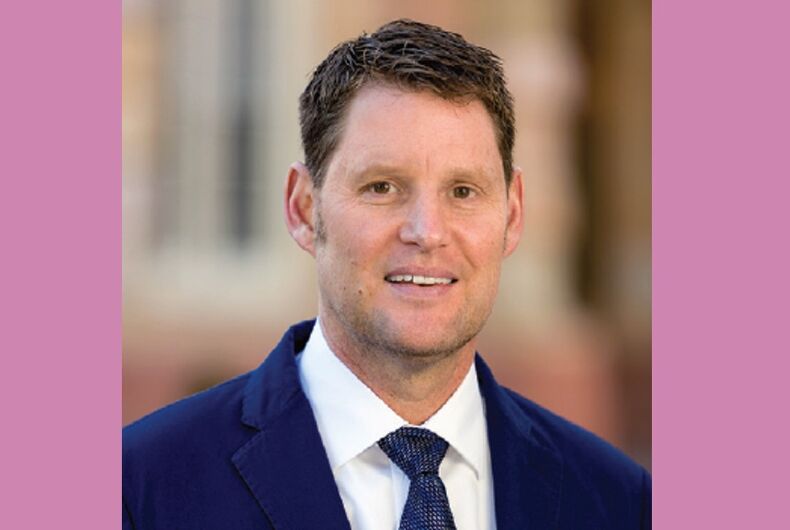 Robinson, while speaking the Salt Lake Tribune’s editorial board, attempted to illustrate his ability to reach across the aisle, claiming that the Republican Party is friendlier to gay people than it has been in the past.

“I said, you can own your own business, you can run for office. I don’t think there’s a better time on this planet in history to be gay than right now,” said Robinson, who is gay, in an attempt to show the tolerance of his party.

The discussion faltered, however, when Robinson was asked about suicide rate among the LGBTQ community.

“I actually think it has more to do with the lifestyle that the gays are leading that they refuse to have any scrutiny with,” said Robinson.

When pressed, Robinson explained that while many feel the rate is high due to the presence of the Church of Jesus Christ of Latter Day Saints in Utah, or even the relatively high altitude of the state, he instead blames promiscuity in the community.

Robinson claims to know people within the LGBTQ community who have had “over 2,000 sex partners,” and feels that this high number of partners may lead to “some of the self-loathing to the point of suicide” within the community.

“You talk to some of these people that have had grundles of sex partners and the self-loathing and basically the unhappiness and the self-hatred level is tremendously high,” said Robinson. “The gay community really needs to start having some conversations within their community, saying how is our lifestyle affecting our mental health.”

He was willing to contend that many may lead a promiscuous lifestyle as a reaction to the lack of acceptance in Utah.

While findings have been inconsistent, there are studies that show gay and bisexual men are four times more likely to attempt suicide in their lifetime versus heterosexual men. Promiscuity is not considered the reason for the disparity.

It is, rather, issues surrounding homophobia that comes up most often in stories of suicide within the community. A majority of gay and bisexual men report that family and church rejections, as well as bullying and other violent actions fuel the majority of suicide attempts. Internalized homophobia is also a large factor.

Additionally, issues of mental illness, job loss, financial hardships, are also factors. The closest one gets to Miller’s belief that sexual relationships are to blame are a smaller number of those who report that an abusive relationship, or the end of a relationship, may have led to their suicide attempt.

Similar polls amongst the transgender community have returned similar results; with a far higher than average suicide rate being closely tied to social pressures, including rejection from families and so on.

Suicide amongst Utah’s youth has become epidemic, with the state’s suicide rate amongst those aged 10-17 doubling between 2011 and 2015. This is four times the national average. While these cases do not all involve LGBTQ youth, it is widely believed that they are at a higher risk in Utah.

It is unlikely that LGBTQ youth in Utah have had over 2,000 partners, leading many to question Robinson’s claims.

“Condemning who and how we love is a strange way to build a bridge between the Republican Party and the LGBTQ community,” said Troy Williams, executive director of Equality Utah, to the Salt Lake Tribune. “Mr. Robinson’s rhetoric is deeply irresponsible and unbecoming of a leader in a political party in the state of Utah.”

Robinson also objected to the Salt Lake County health department providing PrEP to the LGBTQ community, saying that the local community “went to the county health department and said, ‘Look, if you love the gays, then you need to give us and all of our people this medication for free.’ And so the county’s like, ‘Yes, we love the gays,’ so they start giving them all this medicine.”

Salt Lake County does not offer free PrEP, though they have done some outreach within the community surrounding PrEP.

Comments such as the above may affect Robinson’s communication and outreach to the LGBTQ community in Utah.