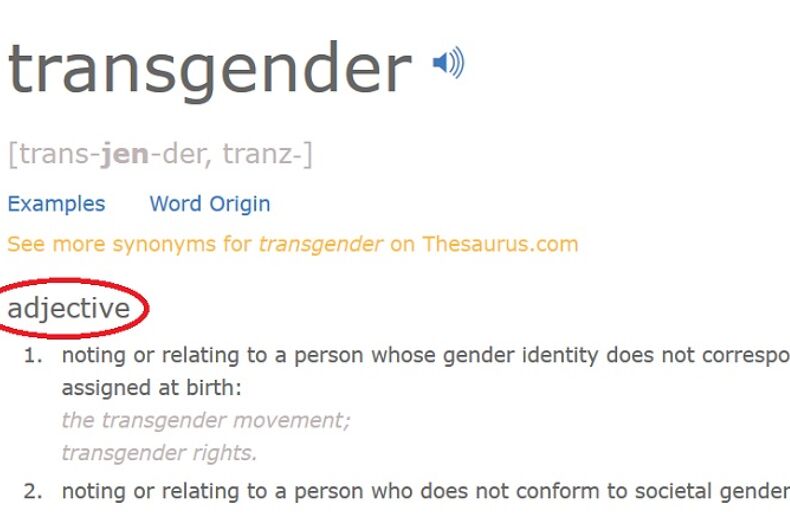 Ainsley Earhardt, one of the co-hosts of Fox & Friends, was chuckling about how Christine Hallquist won the Democratic primary for governor in Vermont earlier this week, which may lead her to being the country’s first transgender governor.

Earhardt found it funny that a 14-year-old also ran in the primary. Several other adults did as well, and the 14-year-old wasn’t even the second-place finisher, but she made it sound like Hallquist won solely because she was the only adult in the race.

Be that as it may, Earhardt said, “That transgender beat a 14-year-old! They didn’t have an age limit, so the 14 year old said, I’m going to run! Ran in the primary, didn’t win.”

Her use of “that transgender” was noted on Twitter.

And Chelsea Clinton noticed and reminded Earhardt that Hallquist wasn’t named “that transgender.”

Even Dictionary.com stepped in, pointing out that “transgender” is an adjective, not a noun.

Following the link, Dictionary.com’s entry on “transgender” notes that it is sometimes used as a noun, but that that usage is “usually offensive.”

Earhardt has responded to the reaction to her words.

I was responding to the reporter’s comments when I moved too quickly and couldn’t recall Christine Hallquist’s name. As a person of faith, I sincerely promise I never ever meant anything derogatory and I am sorry it may have come off that way.

Well, the “I’m a person of faith, so I can’t possibly be transphobic” defense is, at the very least, original.

The Queen of Soul, Aretha Franklin, has died at 76