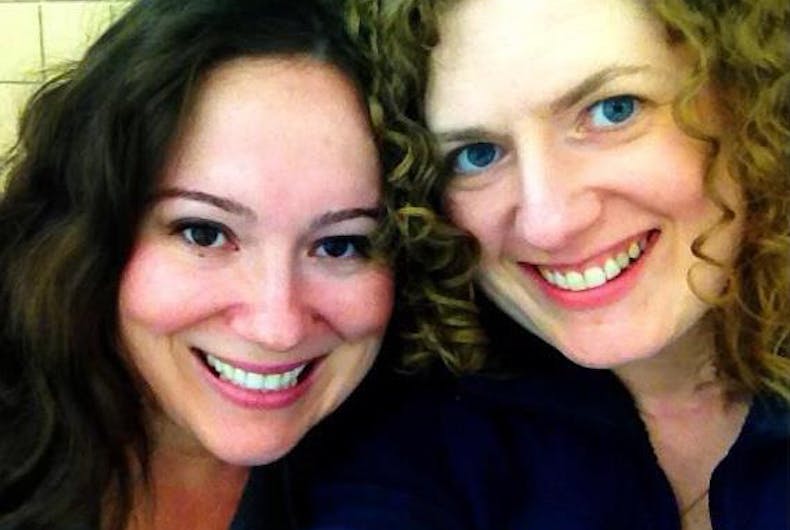 A photographer in Houston was inundated with hateful messages when a potential client found out she’s gay.

Alicia Verdier is a professional photographer, and she was hired to take pictures at a client’s daughter’s fifth birthday party.

But before the birthday came, the client looked around Verdier’s Facebook page and noticed her rainbow flag filter on her profile picture.

She sent a message to Verdier with “a few more questions.”

“Are you gay? Do you do photos for gay people?” the client asked.

Verdier said that she thought that the client might be LGBTQ herself and she responded “yes.”

“It’s not something I hide,” she wrote. “I am happy to say that I have done photos for a number of gay and lesbian couples in the Houston area.”

She said that she knows that there are other photographers who discriminate, so she’s happy to have LGBTQ clients.

It turns out the client wasn’t asking because she thought it was a good thing. She said she was “disappointed to hear that” and that homosexuality “goes against God and is unnatural.”

“I hate how the gays are always trying to push your agenda on the rest of the country,” she continued, before she compared homosexuality to pedophilia. “The next thing you know, they’ll be telling everyone that being attracted to children is natural and the way some people are born.”

“You’re going to burn in Hell,” she wrote.

Then the client said that she would ruin Verdier’s online reputation. “I want everyone to know what kind of awful things you stand for, and I will be sure to let everyone know!”

“Don’t you know Texas is a Christian state?” she wrote. “Why did you even think it would be okay to bring your kind of lifestyle here? Stay away from our good Christian families and our kids! You homos are trying to ruin this country. I wish we could go back to the days when men loved women and families were pure.”

Verdier said that the client could have just canceled without “the hatred and the sermon.” The client said that Verdier shouldn’t be taking pictures of “babies and innocent children.”

And the client promised to pray for Verdier.

She followed through. The client posted negative reviews on various sites, even though Verdier never worked for her.

“She posted negative reviews on a couple of online platforms, ’warning’ everyone about my sexual orientation — like it had some bearing on my abilities as a photographer,” she said. “I had the fake reviews removed, but it was still hard not to take them personally.”

Verdier wrote about the incident on Facebook. “Yesterday, something happened with a potential client, who decided not to hire me, in part because they did not approve of people that I’ve worked with in the past. Let me be clear, I work with people from *all* walks of life, without hesitation.”

She said she wouldn’t name the person who did this because she doesn’t want to stoop to the client’s level.

“I live every day trying to model pride for my children, because I want them to always know that they should love themselves and others, as they are,” Verdier wrote in a column for Equality Texas.

“But reading her words, I didn’t feel proud; I felt a little broken.”

The Catholic Church is at war with itself over LGBTQ issues