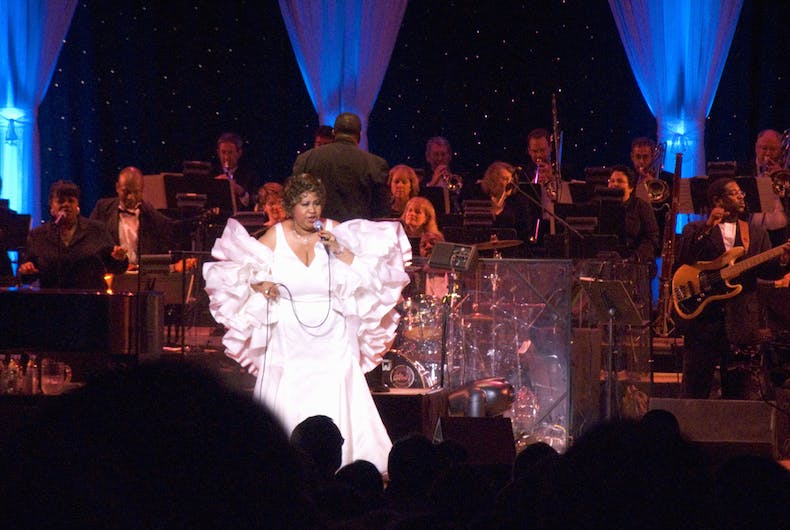 Aretha Franklin performing at the celebration for the official opening of the William J. Clinton Presidential Library November 18, 2004 in Little Rock, AKPhoto: Shutterstock

Aretha Franklin, 76, is reportedly “gravely ill” and her family has gathered at the singer’s home in Detroit. She has asked fans “for your prayers.”

According to Showbiz411, Franklin is dying of pancreatic cancer. Her last public performance was in late 2017 at a benefit for the Elton John AIDS Foundation.

She announced last year that she would be retiring from touring following a few dates in support of her latest album. She was forced to cancel several concerts recently on her doctor’s orders.

BREAKING NEWS: I am so saddened to report that the Queen of Soul and my good friend, Aretha Franklin is gravely ill. I spoke with her family members this morning. She is asking for your prayers at this time. I’ll have more details as I’m allowed to release.

This Disney movie will include the studio’s first gay character. Played by a straight man.