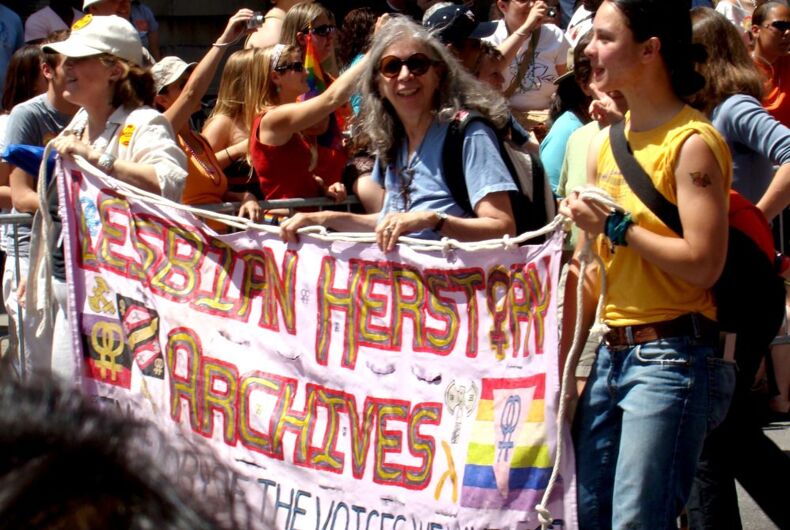 Among the organizations inspired by Stonewall was the Lesbian Herstory Archives, in New York City.

Its original members were in the Gay Academic Union, but they decided that lesbian history was best told and best preserved by lesbians themselves.

Lambda Award-winning writer and editor Joan Nestle was one of the founding members.

“The roots of the archives lie in the silent voices, the love letters destroyed, the pronouns changed, the diaries carefully edited, the pictures never taken, the euphemized distortions that patriarchy would let pass,” Nestle said.

She and the other founders started collecting documents and artifacts, and the archives eventually took over Nestle’s apartment before they were relocated to a brownstone in the Park Slope neighborhood. Their motto: “In memory of the voices we have lost.”