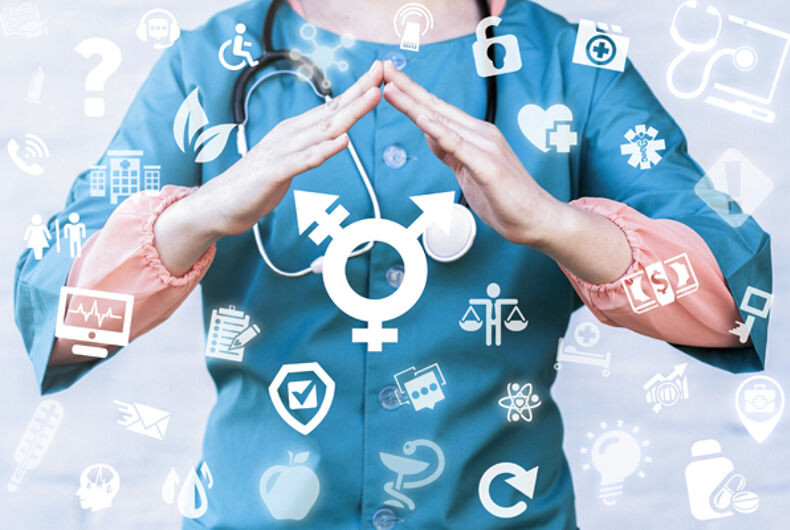 A doctor makes a roof over a transgender symbolPhoto: Shutterstock

The World Health Organization (WHO) took a bold step on the 18th of June, declassifying transgender identities from their list of mental disorders.

The WHO released the latest edition of its International Statistical Classification of Diseases and Related Health Problems (ICD), the 11th such revision of the popular diagnostic manual.

WHO began to move towards this in July of 2016.

One of the biggest changes moves all of its transgender-specific categories into a new section on sexual health conditions, removing them as a mental disorder.

“Gender incongruence… has also been moved out of mental disorders in the ICD, into sexual health conditions,” reads the WHO’s release on ICD-11, available on their website.

The release continued, “The rationale being that while evidence is now clear that it is not a mental disorder, and indeed classifying it in this can cause enormous stigma for people who are transgender, there remain significant health care needs that can best be met if the condition is coded under the ICD.”

The shift in listings from mental to sexual health — an entirely new category for the ICD — signals a change in how transgender people are treated: as a physical issue, not a mental one.

“Removing gender incongruence form the mental health chapter is expected to reduce stigma and will help [create] better social acceptance of individuals living with gender incongruence,”said Dr. Lale Say, the coordinator for the WHO’s Department of Reproductive Health and Research in a recorded segment on the change, presenting on the WHO website.

She added, “In terms of health care provisions, we don’t expect much change, because this category will still have a place in ICD. In fact, it may even increase access because it will reduce stigma and it will help individuals to seek care more.”

The WHO also related the change to the shift in listings for homosexuality in the ICD. The ICD-6 from 1948 listed this as a mental disorder, and was later removed in the 1970s.

Transgender activists worldwide hailed the change, which will have a dramatic impact on the state of trans care.

“This is a historic achievement the global trans community has been fighting for over many years,” said Transgender Europe (TGEU) on their website. “It sets the fundament for a new era of reparation for done injustice and celebration of gender diversity.”

“This is the result of tremendous effort by trans and gender diverse activists from around the world to insist on our humanity, and I am elated that the WHO agrees that gender identity is not a mental illness,” added Julia Ehrt, Executive Director of TGEU.

The move echoes to changes in other diagnostic manuals, including The Diagnostic and Statistical Manual of Mental Disorders (DSM), which removed “Gender Identity Disorder” in 2012, and signals a further societal shift in the way people view transgender people.

The religious right is starting to distance itself from Trump. Sorta.