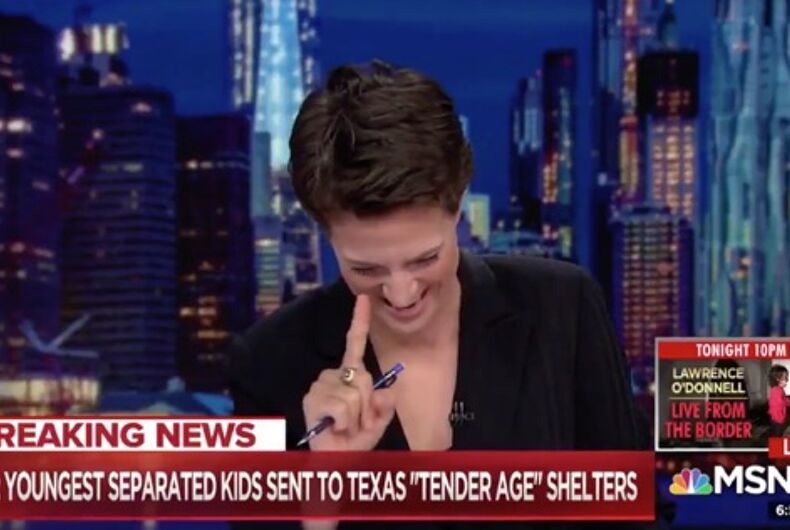 Rachel Maddow broke down in tears on-air last night as news broke that the Trump administration is planning to open a fourth “tender age” facility to house infants and toddlers taken from their migrant parents by immigration authorities.

The Orwellian term for the theft of babies was simply too much for Maddow to continue after an hour of nonstop reporting on Trump’s horrific “zero tolerance” policy.

Many of the children taken will probably not be reunited with their families. Parents will face criminal charges and be deported quickly, while children’s cases take much longer and would be resolved long after their parents have been sent back to their home country.

Rachel Maddow chokes up and cries on air as she struggles to deliver news that migrant babies and toddlers have been sent to "tender age" shelters pic.twitter.com/O6crm8cvyR