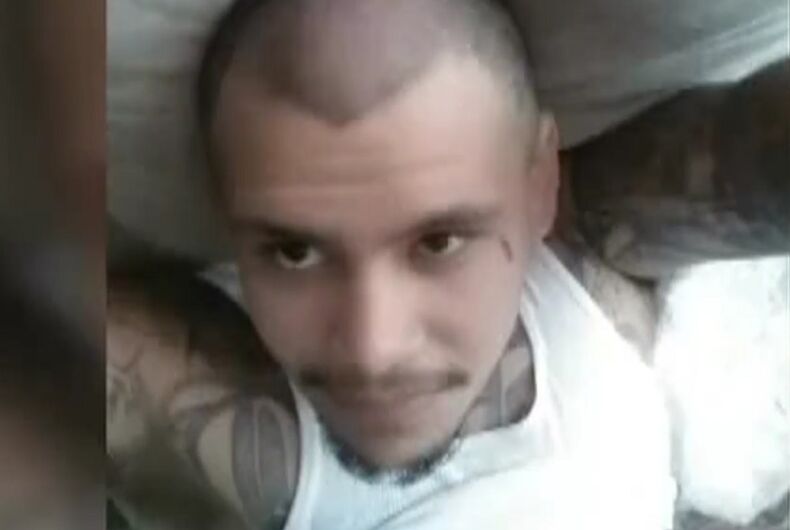 A man was arrested this past week on suspicion of murder in the case of Anthony Avalos.

Anthony’s story got national attention this past week. Family members and school officials filed sixteen reports of abuse with the Department of Children and Family Services (DCFS) in Los Angeles against Anthony’s mother, Heather Barron, and her boyfriend, Kareem Leiva, since 2013. Twelve of those reports involved abuse against Anthony.

Police found Anthony unresponsive after his mother called 911. She said he had fallen down the stairs, and police found severe head trauma. Early reports said that the boy had cigarette burns on his body.

He died the next day in a hospital.

According to DCFS Deputy Director Brandon Nichols, Anthony said he “liked boys” in the weeks before his death.

This past Wednesday, Leiva, 32, was arrested after an interview with detectives from the L.A. County Sheriff’s Office.

“During the course of their interview, suspect Leiva made statements that led detectives to arrest him,” Los Angeles County Sheriff Jim McDonnell said. He did not say what the statements were.

McDonnell said that reports about cigarette burns were not true. He did not provide additional details of Anthony’s injuries.

The case has raised questions about why DCFS did not intervene after years of reported abuse that said that Anthony and his siblings were denied food and water, sexually abused, beaten, dangled upside-down from a staircase, forced to crouch for hours, locked in a small room without a bathroom, forced to fight, and told to eat from the trash.

Eight other children were found in Barron and Leiva’s home, and they have been removed by the DCFS.

Leiva has been hospitalized after detectives noticed a laceration on his chest. The sheriff said that he will be transferred to jail after he leaves the hospital and held on $2 million bail.