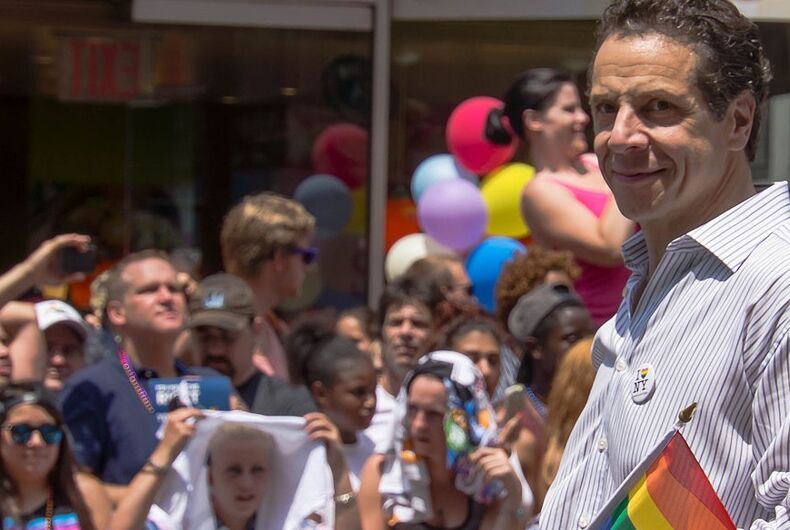 In a direct rebuke to the Trump administration, New York Governor Andrew Cuomo is directing state agencies to issue regulations prohibiting health care providers in the state from discriminating against transgender people.

The move comes amid increased concerns around the possible rollback of provisions within the Affordable Care Act designed to protect transgender people from discrimination.

Under Obama, it was clarified that the ACA’s prohibitions on discrimination based on sex was inclusive of transgender identities. The current administration has proposed repealing this regulation.

“New York was founded upon the principles of fairness and equality and we won’t stand idly by while Washington seeks to claw back hard-earned rights and protections,” Governor Cuomo announced on the New York Governor’s website.

“For every step the Trump Administration takes backwards, New York will take two steps forward, and these regulations will guarantee and expand protections for transgender New Yorkers to help ensure every resident has equal access to health care,” added Cuomo.

While the New York Division of Human Rights did adopt regulations clarifying the protecting of transgender people in the state in 2016, there was not at the time any requirement for health care providers to update their regulations. This changes that, and helps strengthen the state’s stand.

Likewise, Cuomo is asking the New York State Department of Financial Services to issue new regulations to expand anti-discrimination protections for transgender people accessing health insurance, and to issue a letter to the insurance industry noting that discrimination based on gender identity is prohibited in the state.

“Transgender New Yorkers deserve the same level of medical care as anyone else. Hospitals and medical workers who deny them that access or otherwise harass or discriminate against them will be prosecuted under the Human Rights Law,” said Division of Human Rights Commissioner Helen Diane Foster in the Governor’s release.

In conjunction with the announcement, the New York Division of Human Rights issued a fact sheet to remind New Yorkers of the state’s human rights law, and how it applies to hospitals.

This move helps insure fair treatment for the approximately 90,300 transgender New Yorkers who would be affected by the Trump administration’s move.