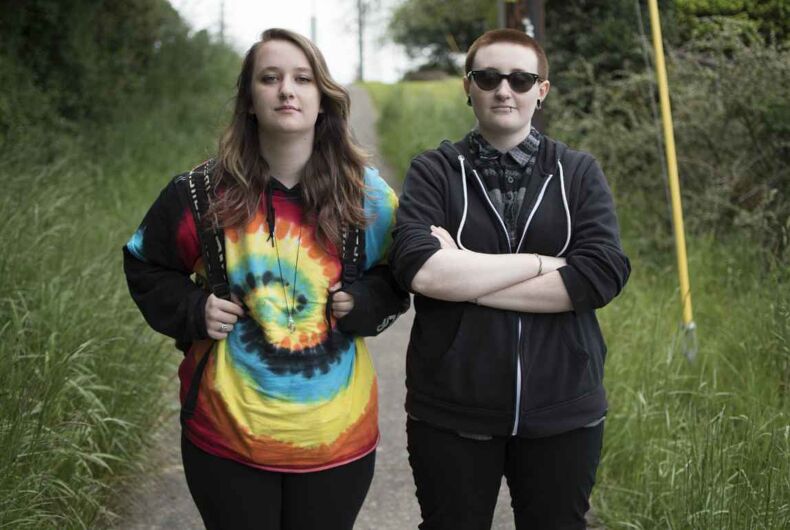 The principal and an administrator of a high school in Oregon will be removed from their jobs after a state investigation into anti-gay discrimination at the school.

The North Bend School District reached an agreement with the ACLU of Oregon after an Oregon Department of Education (ODE) investigation found evidence of systemic discrimination against LGBTQ students.

Related: Oregon school punished a queer student by making them read the Bible

Professor Warren Binford of Willamette College said that it was “one of the worst cases of discrimination at a school that she had ever seen in Oregon.”

The state investigation started when students Liz Funk and Hailey Smith, who are now seniors, filed a complaint.

Funk said that she came out before her sophomore year, and other students sent the message that she was not welcome.

“People would turn their backs to me and fake-cough while saying ‘faggot,'” she wrote on the ACLU of Oregon’s website. “If I happened to sit next to a girl, they’d make a big show of moving away.”

She said that one day she was walking with Smith, who was her girlfriend at the time, to the parking lot when the principal’s son drove close to them and shouted, “Faggot.” Funk complained to the principal, but nothing happened.

In another incident, a girl pinned her to the bathroom wall and called her “dyke.” When she got beaten up for being gay, the school police officer said that she was going to hell.

Later, another student told her outside of school, “Well, I fucking hate homos,” and hit her hand with a skateboard. She didn’t go to the administration this time.

“I didn’t trust the administration, especially after learning the principal made my friend, who was openly bisexual, read the Bible,” she wrote.

Funk said that she eventually went to see Jason Griggs, the school resource officer, but he only added insult to injury.

“He said that if I’m going to be an open member of the LGBT community that I should prepare for things like this,” she wrote. He “said that being gay was a choice, and it was against his religion. He said that he had homosexual friends, but because I was an open homosexual, I was going to hell.”

Smith said that she also experienced discrimination at the school.

“When I told the principal that my civics teacher called me out in front of the whole class and said same-sex marriage was ‘pretty much the same thing’ as marrying a dog, the principal told me ‘everybody has the right to their own opinion,'” Smith wrote on the ACLU of Oregon’s site.

“The next day, the teacher apologized, but as I walked away, he said ‘don’t go marrying your dog.'”

The students filed a complaint with the ODE and got help from the ACLU. The ODE investigated and administrators even admitted to using the Bible as a form of punishment before the school district denied that the incidents occurred.

But the school district didn’t take any action until a local newspaper obtained a copy of the ODE letter earlier this month.

As part of the settlement, Griggs will step down and Principal Bill Lucero will be placed in another position in the district. The school also agreed to give $1000 to a local LGBTQ organization, pay the students’ legal fees, develop a diversity training program, create a “diversity and inclusion committee,” and apologize to the students.

The ODE will monitor the district for the next five years.

“I am glad that I was finally able to start positive change in this school district,” Funk said. “All I want is a safe learning environment for current and incoming students from any and all walks of life.”

The ACLU said that they have received other complaints from North Bend High School students, including a transgender boy who was barred from playing on the basketball team and an African American student who said he was called the N-word repeatedly by other students, including the principal’s son.