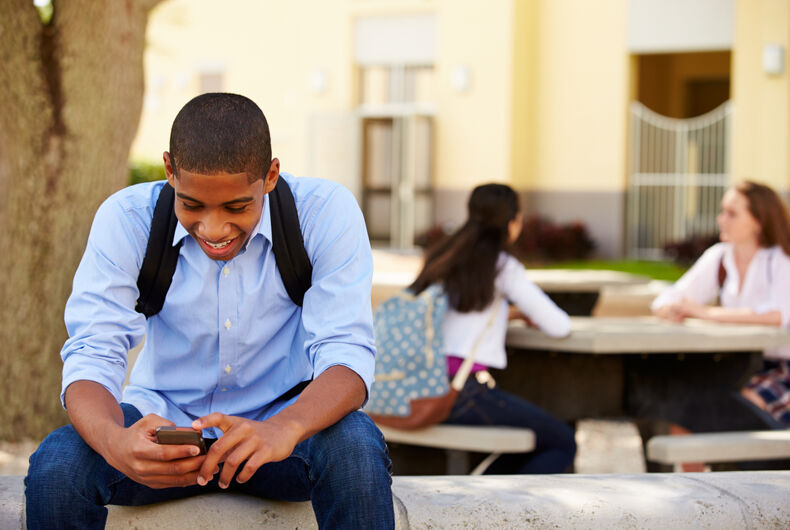 Gay and bisexual teens are using popular “hookup apps” like Scruff and Grindr to find more than just a sexual relations, according to new research from Northwestern University.

The study, published in the Journal of Adolescent Health, found that the apps are being used by more than half of sexually active gay and bisexual identified males aged 14-17. Both apps are designed and marketed for adults, but it is a simple matter of entering a false year of birth in order to gain access to either.

These teens are solely using hookup apps, but are well versed in using social media and other online avenues to find community and relationships. “Youth who use these apps are, many times, also looking for partners on Facebook, Instagram, Tindr, etc.,” said Macapagal. The study itself specifically reached out to teens with sexual experience via online surveys.

“We found that teens in this study were super excited that somebody was paying attention with what was going on in their lives and how these apps played a role in their sexual development and coming-out process,” said Macapagal.

Noteworthy too was that these teens’ savviness in another way: most who used apps such as Grindr were also more likely to seek out testing for STDs. Gay and bisexual males have the highest number of new HIV diagnoses in the United States, with teens being particularly at risk.

Grindr did respond to the research, saying in a statement that the site “does not condone illegal or improper behavior and we are troubled that an underage person may have been using our app in violation of our terms of service.”

“Grindr services are only available for adults. Grindr encourages anyone aware of any illegal or improper activity on the app to submit a report either within the app or via email,” their statement concluded.

These two students took down an anti-LGBTQ high school administration

Pakistan now has better legal protections for trans citizens than the U.S.