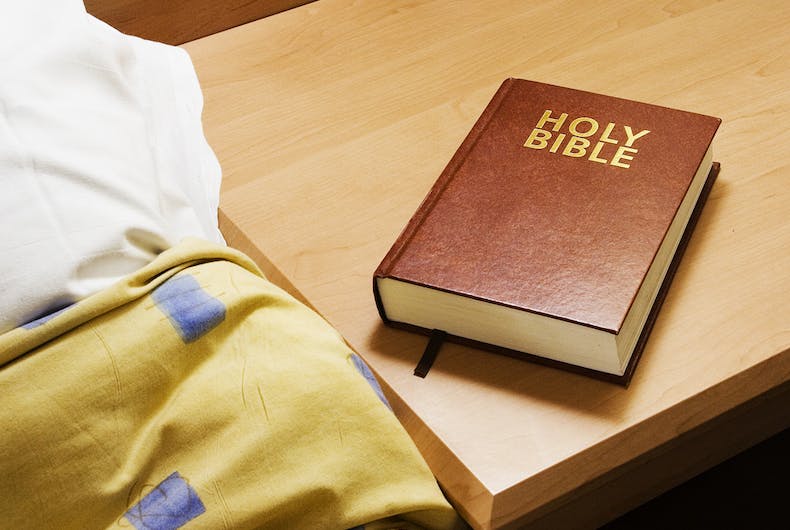 A public school district in southwestern Oregon has come under investigation by the state for several instances of discrimination against LGBTQ students.

The Oregon Department of Education (ODE) opened an investigation into a complaint that the North Bend School District did nothing to stop anti-LGBTQ harassment, retaliated against people who complained, and even punished a student by making them read the Bible.

The ODE sent a letter to the superintendent in March detailing their findings and giving the district 30 days to come to an agreement with the student. The district has not done so because it denies that any discrimination happened.

The complaint came from a high school student who is only referred to as Student 1 in the ODE letter. They said that they were holding hands with Student 2 in the school parking lot one day when the building administrator’s child “drove very close to them” and shouted “faggot.”

The students said that the school did not investigate but instead asked the parent to talk to their child.

Both Student 1 and Student 2 say they had reason to believe that the school would do nothing. Student 1 said that another student was forced by the building administrator to read Bible passages as a punishment. That student was supervised on at least one occasion while being “disciplined.”

The students all believed this happened because of that student’s sexual orientation, and several school administration officials told the ODE that Bible reading is often used as a form of punishment.

That student “had little choice but to comply with the building administrator’s established form of punishment,” the letter says.

“There is substantial evidence to support the allegation that the district subjected LGBTQ students to separate or different rules of behavior, sanctions, or other treatment,” the letter says.

It adds that using the Bible for the “promotion of moral values” is unconstitutional and has a “chilling effect on LGBTQ students’ use of the district’s complaint process.”

In a separate incident, Student 2 said that a teacher compared marriage equality to marrying a dog in class. They reported it, and the administration talked with the teacher who eventually apologized to Student 2.

But the ODE letter said that even if the district handled that incident well, it speaks to the environment at the school.

The ODE also took the school district to task for retaliating against a counselor who helped the students report the discrimination.

He said that district administrators called his supervisor while the investigation was happening, and the ODE said that the administrator said he valued “loyalty” from workers at the school and didn’t think the counselor should have helped get the ODE involved.

The counselor was moved to another building and eventually fired. The Oregon Bureau of Labor and Industry has opened an investigation into this retaliation.

“These students have required quite a bit of support, but luckily they have some good family and friends,” the counselor, who wanted to remain anonymous, said.

“A lot of students who have been involved didn’t come forward or remained anonymous so it’s two main students who spearheaded the appeal. They had the courage to do this.”

There will be a hearing later this month about whether the North Bend School District is in compliance with state and federal anti-discrimination laws.