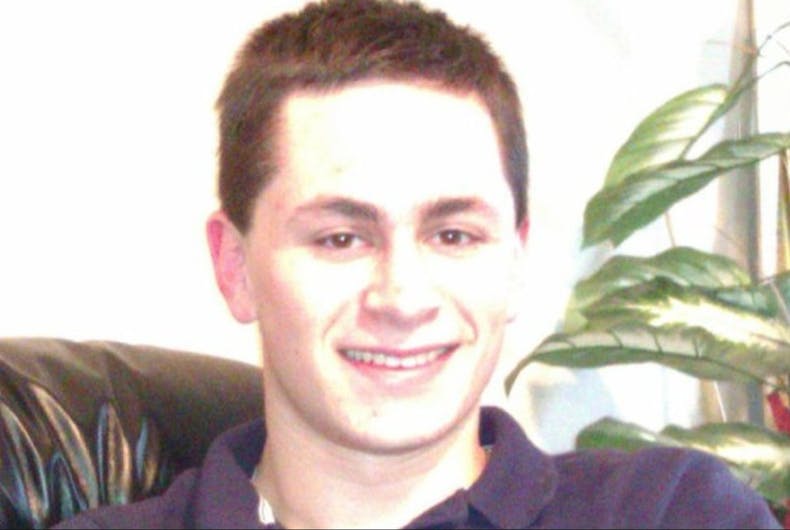 Mark Anthony Conditt, believed to be responsible for a spate of bombings in Austin that left two dead and many more injuredPhoto: Facebook

Mark Conditt, the 23-year-old accused of five bombings in Austin and San Antonio that resulted in two deaths in March before he killed himself, was talking with guys on Grindr before he started his attacks.

Investigators say that Conditt came from a conservative Christian family. He was home-schooled along with his two younger sisters and attended church each week. He participated in a Christian youth group called “Righteous Invasion Of Truth,” or RIOT.

“Our family is a normal family in every way,” his family said in a statement. “We love, we pray, and we try to inspire and serve others. Right now our prayers are for those families that have lost loved ones, for those impacted in any way, and for the soul of our Mark.”

In his teens, he was anti-gay. At 17, he wrote in a homework assignment that homosexuality was “not natural.”

In 2012, he wrote a blog post written while he was a student at Austin Community College that decried marriage equality.

He also fell out of touch with a friend who was also home-schooled in his Texas hometown, Sierra Jane Davis. Davis said it happened when she announced that she was transitioning.

“He told me that he couldn’t support my decision to live this life,” she said. “I expected that from everyone.”

Then, several years ago, Conditt renounced Christianity and started identifying as an atheist. His two roommates said that they thought he was gay.

That detail became important when investigators found forensic evidence that Conditt used Grindr to talk to several men. They have not yet found evidence that he actually met anyone from the app.

It’s a clue into what motivated Conditt to commit the bombings, which investigators say is still a mystery. There is no evidence that he was in contact with terrorist or paramilitary organizations, and, while the two people who died from his bombings were African American, no connection between Conditt and white supremacist groups has been found.

He left a 28-minute cellphone video in which he confessed to the bombings. Austin Police Chief Bryan Manley said that the video showed “the outcry of a very challenged young man.”

He said that Conditt did not explain why he made the bombs or how he picked the addresses he sent them to. “Sometimes we can’t assign a reason to irrational acts,” Manley said.

Local media is now asking if internalized homophobia motivated the bombings. It’s not known if he was out to his family.

“It’s not something we talked about, but I do know that it would have been difficult for him and his family,” Davis said, adding that their circle of home-schooled friends were interested in talking “about God with other Christians.”

Last summer, he lost his job at a manufacturing business and became more isolated. Investigators said that he was already distant from his family, and his roommates said that he locked himself in his room in the weeks leading up to the attacks.

The people who were closest to him didn’t really know him, and his confession didn’t explain much.

“I wish I were sorry, but I am not,” he said in the confession.

Only one city is willing to host the Republican convention in 2020. Guess which one.