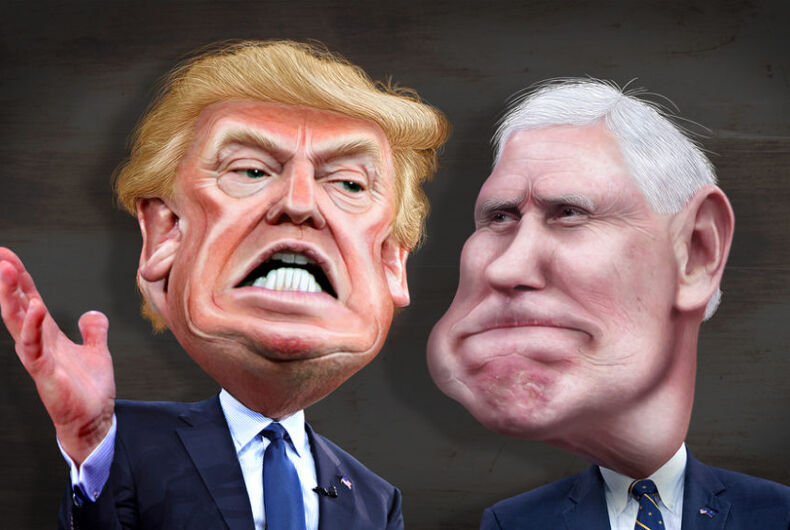 Other publications are trying to find a theme for the results of last night’s primaries. Were the winners Trumpian? Were they establishment candidates? Did the party get the candidate it wanted, or were outsiders the big winners?

No matter where that discussion goes, one clear theme did emerge last night: anti-LGBTQ candidates won in the GOP.

Sure, most of the GOP primaries involved multiple anti-LGBTQ candidates running against each other, but it’s still important to note that even in 2018 one of the two major parties has no room for candidates who favor equal rights.

Here are a few examples.

But that doesn’t mean that Morrisey is friendly. In 2016, as state attorney general, Morrisey joined a lawsuit against the Obama Administration seeking to overturn federal protections for transgender students.

“West Virginia and other states share an interest in maintaining local control of schools,” he said at the time.

“Now every school board in West Virginia that receives federal funds is vulnerable to lawsuits seeking to allow students unfettered access to the bathroom, locker room or sports team of his or her choice,” he added, as if letting young people determine their own gender identity would lead to chaos.

In 2015, he said that he was “very disappointed” with the Obergefell decision, which legalized marriage equality throughout the U.S.

“States should be able to define marriage, that’s always been my position,” he said on a local radio program, bringing in the old rightwing framing of marriage equality as an attack on the “definition” or marriage.

“At the end of the day, you cannot deprive people the opportunity to debate issues themselves. Having unelected judges usurp the people’s voice is really problematic.”

Do those liberal heresies include support for LGBTQ issues? Of course not.

In 2014, DeWine challenged a court ruling that required Ohio to recognize same-sex marriages performed by other states.

“The people of the state, including me, voted years ago on a constitutional amendment to say that marriage is between a man and a woman,” the governor said in a statement supporting DeWine’s appeal.

DeWine’s appeal included the old argument that gay people are actually not discriminated against, so they don’t need the courts to intervene on their behalf. He argued that there has been “a steady decline” in anti-gay animus and that “political invisibility is not an issue today,” as he was literally asking a court to take away rights from gay people.

DeWine didn’t join the lawsuit against the Obama Administration’s transgender student protections, but he did issue a statement supporting the lawsuit.

“There are many questions that, consistent with constitutional guarantees, are best left to the fair-minded, sensible determinations of our local communities,” he wrote, implying that banning discrimination against transgender people isn’t fair-minded or sensible.

Representative Jim Renacci, who was endorsed by Donald Trump, beat out several other candidates in the GOP primary for Ohio Senate.

So we know where this is going.

In 2015, he issued a statement on the Obergefell decision. “I still maintain my deeply held faith and with it the belief that marriage should be between one man and one woman,” he said at the time.

But there was some hope for him in 2015. That year, he voted for an amendment that would have banned discrimination on the basis of sexual orientation and gender identity in companies that receive federal contracts. It didn’t pass, and in 2016 Renacci voted against the same amendment.

Which is a fancy way of saying that he changed his position after the GOP base was enraged that some Republicans voted for an LGBTQ anti-discrimination measure.

He’s a political newcomer, but he found a quick way to explain his positions on all issues. “I love my brother Michael and there is no daylight on issues between him and me,” he said.

That really says it all.

Rep. Robert Pittenger (R-NC) was the first Republican incumbent to lose a primary race this year. Pastor Mark Harris, who is the current president of the North Carolina Baptist Convention, beat Pittenger by painting the latter as a “Republican liberal.”

On LGBTQ equality, Harris has a good argument that he’s more conservative than Pittenger: Harris’s first foray into politics was leading the successful push for a constitutional amendment banning marriage equality in North Carolina in 2012.

“One of the most devastating blows to the American way of life has been the breakdown of the family unit,” Harris wrote on his campaign website in 2018. “A marriage consists of one man and one woman. The Supreme Court, in a 5-4 decision decided otherwise. I would support the nomination of conservative Supreme Court Justices that would re-visit this decision.”

In 2015, he voted in favor of a controversial law in Indiana that would have made it legal for businesses to discriminate against LGBTQ people if they cited their religious beliefs.

Even if they haven’t said anything, they’re saying a lot

Several other candidates who won their primaries yesterday don’t have a history of voting against LGBTQ rights or making outrageous statements, but they aren’t reassuring anyone when it comes to LGBTQ equality.

For example, Mike Braun, who won the GOP primary for Indiana’s Senate seat, calls himself “conservative” and touts his membership in a Catholic church several times on his campaign website and has spent the campaign talking about how close he is to Mike Pence.

Troy Balderson, who won a primary in a U.S. House race in Ohio, describes himself as a “devoted Christian” and says on his campaign website that he bases his political beliefs on his Christian identity. His site has a whole section devoted to how much he supports Donald Trump.

Neither came out in favor of equality.

So while the mainstream media is trying to decide what these primaries say about the GOP in general, they’re clearly saying that Republicans still solidly oppose LGBTQ rights.