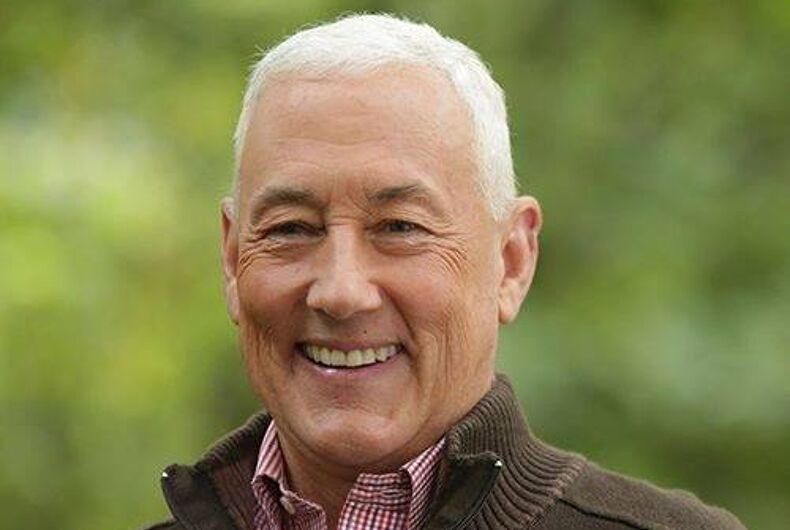 The Trump family isn’t the only one to cash in on their political power. Despite having no political experience, Mike Pence’s brother Greg is running for Mike’s old seat in Congress–and is looking like a good bet to win in tomorrow’s Indiana primary.

Greg brings the same white bread blandness to politics as his brother. If possible, he’s even more lacking in charisma, with a very un-politician like avoidance of media attention.

In a rare interview in February, Pence said that he decided to run when “I looked in the mirror and said, ‘If not me, who?’”

The elder Pence’s background has largely been in business, where his track record was less than sterling. Most of his experience was in the oil industry, culminating in the role of president for a chain of about 200 gas stations in the Midwest.

In that role, he signed a personal guarantee to pay back loans that the company borrowed for its expansion. But when the company filed for bankruptcy in 2004, Pence told the bank that he would not honor the guarantee. Pence resigned as president and left the company’s CFO to wind down the mess.

A former bank official told The New York Times that Pence had “bailed” on the company. The bank ultimately sued to hold Pence to the guarantee and ultimately settled with him for pennies on the dollar.

The main source of income for Pence now is the Exit 76 Antique in Edinburgh, IN. Pence owns the mall, which rents out stalls to dealers and collects a portion of their sales.

Unsurprisingly, Pence is indistinguishable from his brother politically when it comes to LGBTQ rights. He has said that “I love my brother Michael and there is no daylight on issues between him and me.”

Pence seems to be counting on votes from the same evangelical Christians who adore his brother, although Greg remains a Catholic, the faith in which he and his siblings were raised.

Even though the political landscape increasingly favors Democrats in the midterms, Pence looks heavily favored to win the seat his brother once held. The district is solidly Republican, and the Democratic primary candidates have raised far less money than Pence and his main Republican challenger, Jonathan Lamb.

“It should be embarrassing for the (Trump) administration that Donald Trump’s climb to power was:  ‘We’re going to drain the swamp because of the good-old-boy network.’ Nepotism is the problem,” Lamb told the Indianapolis Star.

“Now here we’ve got the sitting vice president trying to put his brother in power.”