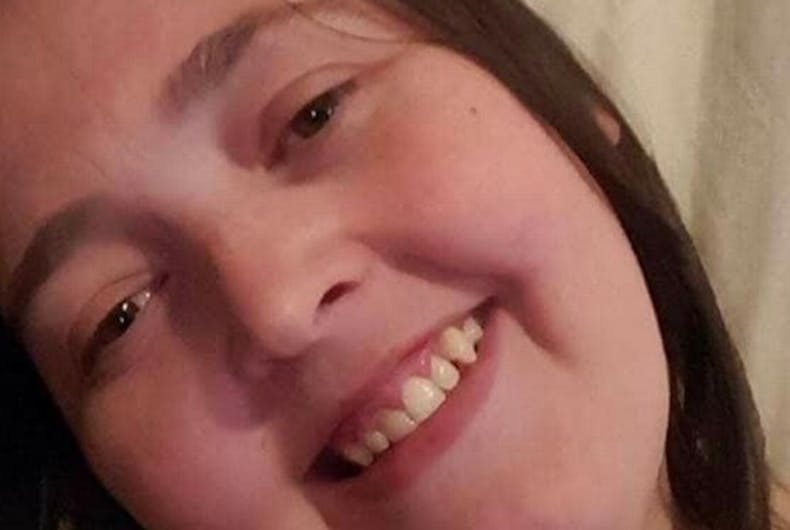 A teen boy who was arrested for drilling a hole in a lesbian’s head appeared in court earlier today.

The attack occurred on Saturday, when Brenda McLaughlin was making her way home from Ruby’s nightclub in Strabane, Northern Ireland.

She said that the attacker, whose name hasn’t been released because he’s 17-years-old, held her down in the street and that she could hear the sound of the cordless drill and felt her head was being “twisted.”

Someone called the police, who showed up within 10 minutes and found McLaughlin lapsing in and out of consciousness, having seizures. They saw a hole in her head with blood coming out of it.

She was taken to the hospital and is now in stable condition. The circular hole in her forehead was not deep enough to cause brain damage, and police said there is no evidence that the drill had a drill bit.

McLaughlin, 38, reportedly told police that she believes it was an anti-gay hate crime.

The attacker was arrested shortly after the attack and shouted “paramilitary slogans” at the police.

He is being charged with causing grievous bodily harm and possession of an offensive weapon.

In his court appearance, police said that nearby security camera footage showed the attacker in “high spirits” playing with the cordless drill as if it were a gun shortly before the attack.

The attacker told the court that he was very drunk and has no memory of how he got the drill or assaulting the woman. He is believed to have stolen it from a nearby business.

His attorney told the court that he “does not bear any ill will towards the gay and lesbian community,” and added that the attacker has gay family members.

Judge Peter King rejected the attacker’s request for bail because the attack was a “grossly violent, inexplicably violent incident.”

Police are investigating the attack as a hate crime.

Do we really need another Pence in Washington? We may get one.