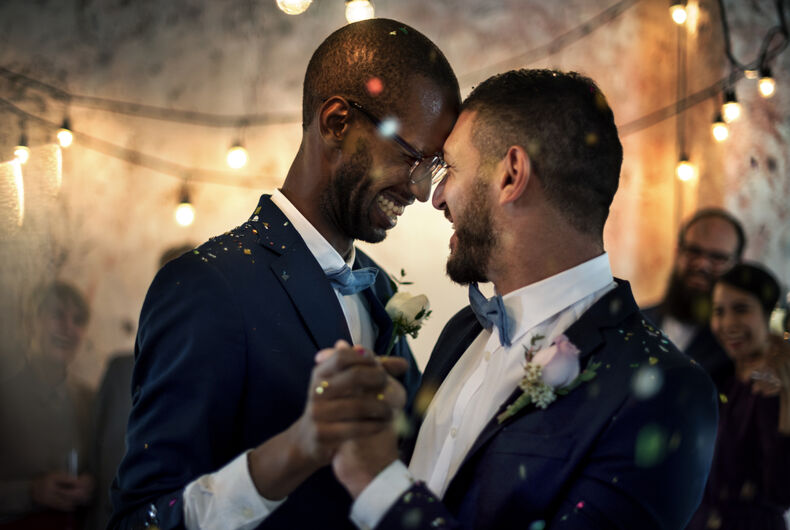 More and more Americans favor same-sex marriage — upwards of 61% in 2017. Yet support still lags in certain states, namely in the South.

The 2017 American Values Atlas, from the nonprofit, non-partisan Public Religion Research Institute, notes that much of the increased support has come in the last five years, timed with the 2015 Supreme Court decision that granted the constitutional right.

“Strength of support for same-sex marriage has increased dramatically over the past decade, while strength of opposition has fallen in nearly equal measure,” the survey’s report said.

Which states show the least support for LGBTQ couples? Six of them show less than 50 percent:

Three more southern states have a slim majority in support of same-sex marriage; Kentucky at 51% and Arkansas and Georgia, both holding at 52%.

As for other religious groups, support continues to grow among all of them, the survey reported. Almost two-thirds of white mainline Protestants, white Catholics, Orthodox Christians and Hispanic Catholics now support same-sex marriage.

Opposition is even dropping significantly among black Protestants. Just five years ago, 57% of them opposed. In the 2017 survey, only 43% opposed.

White evangelical Protestants still have a ways to go. Only about a third of them support it, and of the 58% opposed, 30% strongly opposed. Just 40% of Mormons support it.

Among all other religious groups, however, strong majorities disagree with denial of service. And, overall, Americans oppose such discrimination by a wide margin — 60% opposed to 33% in favor.

Through the lens of politics, 73% of Democrats and 60% of independents oppose denial of service. Among Republicans, a slim majority, 52%, approves. Moderate and liberal Republicans strongly oppose, at 55 and 63% opposition.

Beyond denial of service, looking at nondiscrimination protections, support for LGBTQ people continues to climb — by race and by religious group. The survey said 73% of all women and 65% of all men favor laws that protect LGBTQ people.

The survey data came from 40,017 telephone interviews, including 23,903 cell-phone interviews, between April 5 and December 23, 2017, by professional interviewers. Landline and cell numbers were dialed randomly.