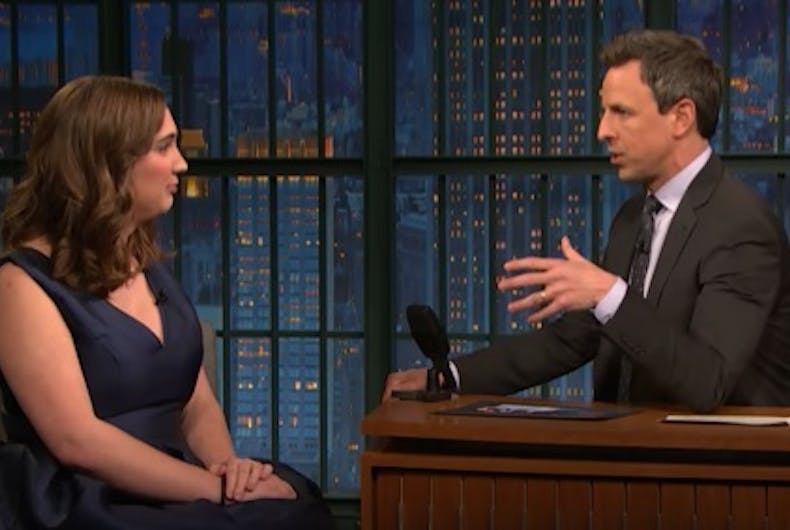 Transgender activist and HRC National Press Secretary Sarah McBride appeared on “Late Night with Seth Meyers” on Thursday night to promote her new book, Tomorrow Will Be Different: Love, Loss, and the Fight for Trans Equality.

McBride was the first transgender person to speak at the Democratic National Convention and has been a prominent force in the trans community for years.

Related: Sarah McBride is becoming the face of HRC since the election of Donald Trump

She reveals that she’s always wanted to be a public speaker and asked her parents for a podium and a teleprompter as a child. She got the podium.

Former Vice President Joe Biden, a friend of McBride’s from childhood, wrote the forward to the book.

You can have your wedding at this couple’s farm. Then they’ll donate profits to hate groups.

John Kasich is not the Republican savior progressives are hoping for