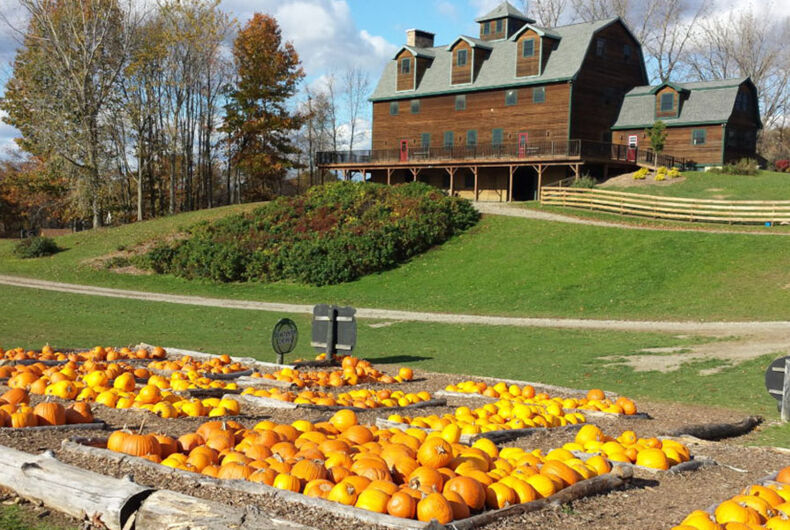 A Christian couple in upstate New York will be perfectly happy to let you hold your wedding on their property–as long as you don’t mind them donating a portion of their profits to groups opposed to marriage equality.

Cynthia and Robert Gifford fell afoul of nondiscrimination laws in 2012 when they refused to rent their space to a lesbian couple looking to get married. The Giffords, who are Catholic, argued that the farm is actually a private residence, since they live there. A judge was having none of it and fined them.

The Giffords unsuccessfully appealed the ruling. After a legal fight that dragged on for more than three years, the couple finally gave up. Throughout their court case, they were represented by Alliance Defending Freedom, a legal group that might better be named Alliance to Fight LGBT Rights.

Faced with the inevitable, the Giffords have come up with an ingenious solution.

At the bottom of their website, they have included language that promises to give money to “organizations that promote strong marriages.”  That includes the Family Research Council, which has been designated as a hate group by the Southern Poverty Law Center.

Of course, the money is the Giffords’ to do with as they please. Knowing that some of your money will go to support groups that attack you will certainly defer same-sex couples from booking the venue for a wedding.

But it might also deter straight couples and patrons of the farm’s other activities, like its cornfield maze and pumpkin patch. Time will tell whether the Giffords’ solution is clever or too clever by half.

How to catch a cab like you own everything