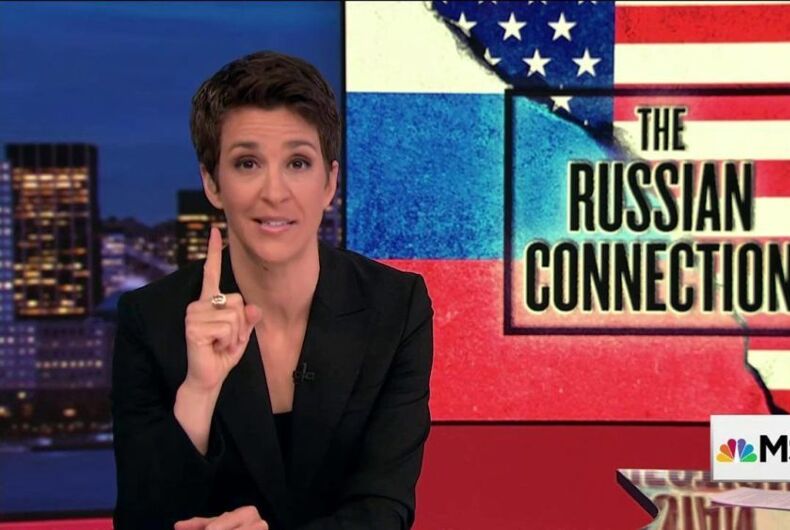 The Rachel Maddow Show is now the top cable news broadcast in the nation with an average total audience of 3.058 million viewers. The out lesbian newscaster is also sweeping the demographic most coveted by advertisers – viewers in the 25-54 age range.

Sean Hannity, once the top talking head, has slipped down to second place in both total viewers and demographics. As Hannity’s best buddy, Donald Trump, would say… “Sad.”

Related: Why did Sean Hannity sexualize Obama’s portrait by a gay artist?

Makes you wonder if Trump will be calling Maddow to congratulate her on her ratings like he did Roseanne Barr, doesn’t it?

MSNBC’s ratings have risen dramatically lately. It was the only network to grow its audience in the first quarter of 2018. Both Fox and CNN dropped by double digits.

Has Toronto’s serial killer been murdering gay men since the 70’s?