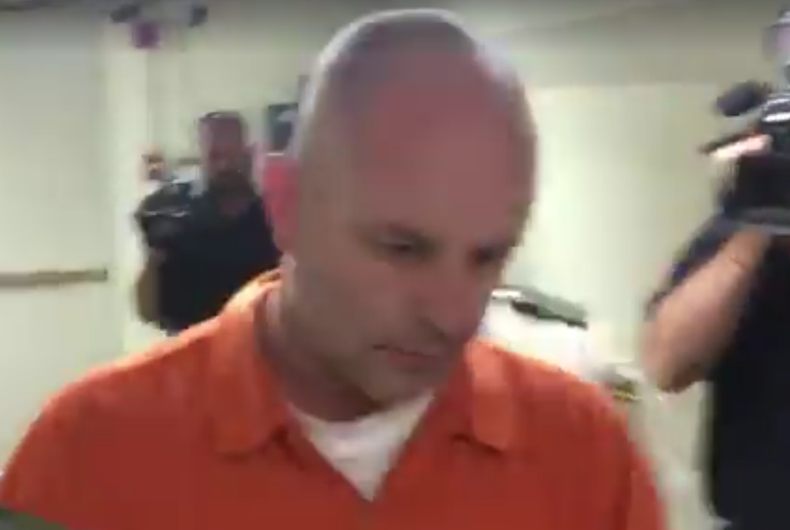 Prosecutors just told a court that a prominent youth pastor is being investigated for sexual abuse in three more jurisdictions.

Acton Bowen was arrested two weeks ago in Hoover, Alabama, after a six-month investigation into an underage boy’s accusation that Bowen molested him. He was released on bond and then arrested for a second time last week as four more victims came forward.

The judge set Bowen’s bond at $500,000 for the new charges, and his defense attorney tried to get that number lowered.

But prosecutors told the court that they’re not even sure how many minors Bowen abused. He’s currently being investigated in Orange Beach, Alabama, as well as in Florida and Colorado.

“Acton Bowen is a danger to every child in this community,” District Attorney Jody Willoughby said. “The only place he remains not a danger is in the Etowah County Detention Center.”

Police have not released much information about the victims. The first victim was a boy between the ages of 12 and 16, and Bowen was a family friend.

The other victims were boys as well. Several of them are currently over 18 but all are accusing Bowen of sexual abuse while they were under 16.

At the hearing Tuesday, prosecutors questioned Acton’s father Paul, who said that his son would live at his home and is not a flight risk.

He also said that Acton had received “hundreds” of messages of support from his fans.

Prosecutors asked Paul about his son’s travel. The famous youth pastor, radio personality, and author had traveled all over the country and abroad with boys and young men.

He never traveled with women either, possibly because of his ministry’s “Guardian Policy,” which, like Mike Pence, prohibits married men from being alone in a room with a woman who is not their wife.

Paul also testified that boys had spent the night in Acton’s home, but he had “no reason to suspect” that anything illegal happened.

The prosecutor also brought up Acton’s previous job at a church in Gadsen, which he lost because he was caught looking at pornography. This may be why the board of advisors of Acton Bowen Outreach Ministries required him to install software on his computer that monitored pornography consumption.

Speaking with ABC 33/40, Paul said that his son had been involved in mentoring young people for over a decade.

“Parents encourage their children to be in Acton’s presence and Acton’s guidance and Acton’s ministry because Acton has a passion for what he does and it’s a God-given gift,” he said.

But Deputy District Attorney Carol Griffith said that his work with youth was only a way for him to get access to underage victims. “Under the guise of leading children to the Lord, he was abusing them and leaving them more lost than ever before.”

Bowen’s lawyers also asked for Judge Kimberley to recuse himself, as five other judges in the county have already done. Bowen’s wife Ashley Nabors Bowen has filed for divorce and said that she fears for her safety, and her father is a judge in Etowah County.

The judge said that he is “not necessarily conflicted out of consideration,” and that an advisory opinion from the Judicial Inquiry Commission reached the same conclusion.

Kimberley did not rule on either motion.

Kanye West tweeted his support for Trump. So Twitter is unfollowing him.

Did Mike Pence have to run home to Mother when Trump held hands with Macron?