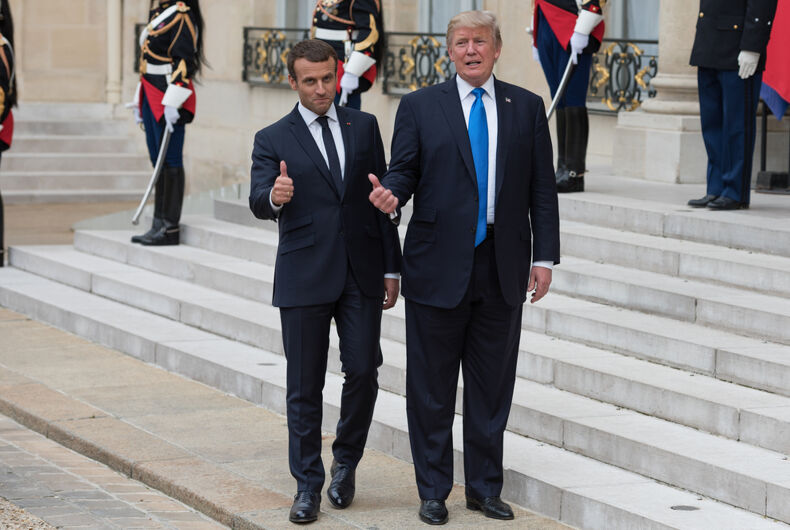 The two world leaders have kissed, praised each other, shared gazes, caressed each other’s knees, and held hands. Trump has even groomed Macron by brushing “dandruff” off his shoulder.

All of which demands an answer…

Did the notoriously homophobic vice president need to run home to Mother after watching the “sinful” display of affection between the two world leaders? And did she step in with an iron fist to get them right with White Jeebus?

After all, for all his pretty words and flattery, during his Congressional address last night, Macron pretty much denounced everything Trump stands for.

For some reason though, Trump didn’t tweet his love for Macron right after the French president spoke out against climate change and Trump’s decision to pull out of the Iran deal. Maybe Trump was too busy with his new sidepiece, Kanye West. After all, West is the one who got all the Twitter love.

Mrs. Pence has been having heart palpitations all day just watching that obscene display of Trump & Macron feeling each other up.

Macron’s technique of hugging Trump close (literally) and then kicking him in the nuts (metaphorically) in his speech to Congress may boomerang. I doubt John Bolton liked a word of it.