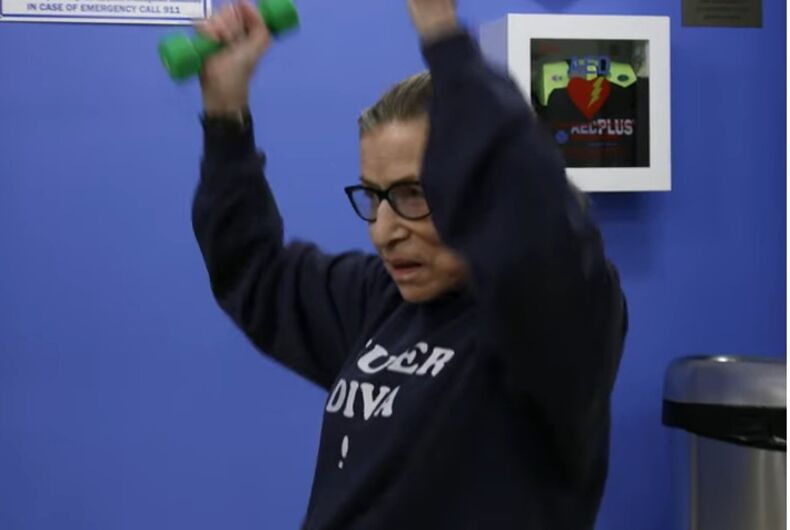 The first trailer for the new documentary about Supreme Court Justice, and all-around badass, Ruth Bader Ginsburg, “RBG” was officially released yesterday, on International Women’s Day. It is even more inspirational and exciting than even the most die-hard “Notorious RBG” fans could have hoped.

Ginsburg, and others, are shown talking about her groundbreaking legal career, finding love with her belated husband, Martin D. Ginsburg, whom she called the first man to really respect her intellect, and is seen pumping weights and doing push-ups to help ensure she continues handing down rulings in favor of equality for years to come. Even if, hell, especially if, President Donald Trump doesn’t like it.

The filmmakers shared the importance of the documentary in the YouTube description of the trailer:

At the age of 84, U.S. Supreme Court Justice Ruth Bader Ginsburg has developed a breathtaking legal legacy while becoming an unexpected pop culture icon. But without a definitive Ginsburg biography, the unique personal journey of this diminutive, quiet warrior’s rise to the nation’s highest court has been largely unknown, even to some of her biggest fans – until now. RBG is a revelatory documentary exploring Ginsburg ‘s exceptional life and career from Betsy West and Julie Cohen, and co-produced by Storyville Films and CNN Films.

The film hits theaters May 4.

Watch the trailer below.