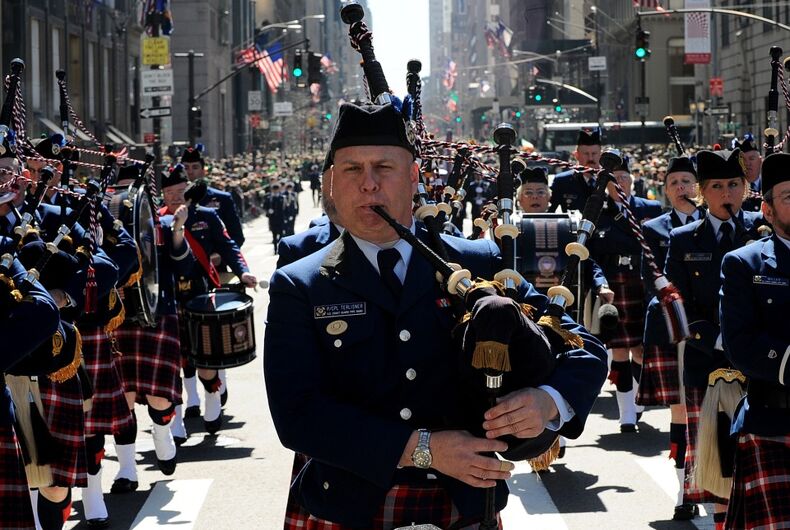 Organizers of the St. Patrick’s Day parade in Staten Island have rejected an LGBTQ organization’s application to march.

Carol Bullock, from the Pride Center of Staten Island, and Brendan Fay, the founder of the Lavender and Green Alliance, the first Irish gay group granted permission to march in the Fifth Avenue parade in 2016, applied in person at the Blessed Sacrament Church.

The parade’s president, Larry Cummings, defended the decision to the Irish Times.

“Our parade is for Irish heritage and culture. It is not a political or sexual identification parade,” he said.

He added that the center was turned down years ago when they applied, and the policy would not be reconsidered.

“The committee voted so that’s that. Those are the rules,” he said.  “Gays can march, but not under a banner.”

He also said the fact that the Fifth Avenue parade allowed an LGBTQ group to march, with the blessing of Cardinal Timothy Dolan, was irrelevant to him, doing so in the most Staten Island way possible, saying, “We don’t worry about what goes on in Manhattan.”

“We didn’t even get a chance to apply or to talk to the committee members,” Bullock reported. “We asked if we could speak to them to explain our position and why we would like to march, and we were told no.”

“The refusal to allow us to march is an example of the daily struggles and homophobia faced by our community,” she added in a statement. “The Pride Center of Staten Island is the cornerstone for Staten Island’s LGBTQ individuals, families, and allies. There are nearly 500,000 people living on Staten Island and the center is the island’s only comprehensive LGBTQ program and service provider.”

“What does this say to our youth who are still struggling with coming out?” Fay said. “It tells them that discrimination still exists.  But things are changing.  It’s just going to take longer in Staten Island.”

Both said they intend to keep fighting until the center is allowed to march in the parade.

“We will try every year. We are very committed to this,” she said.

Last year, OutVets, an LGBTQ veterans group, was initially banned from marching in Boston’s St. Patrick’s Day parade, over the rainbow flag appearing on the group’s banner, before the decision was reversed amid a backlash.

Senate Republicans introduce bill to give companies a license to discriminate