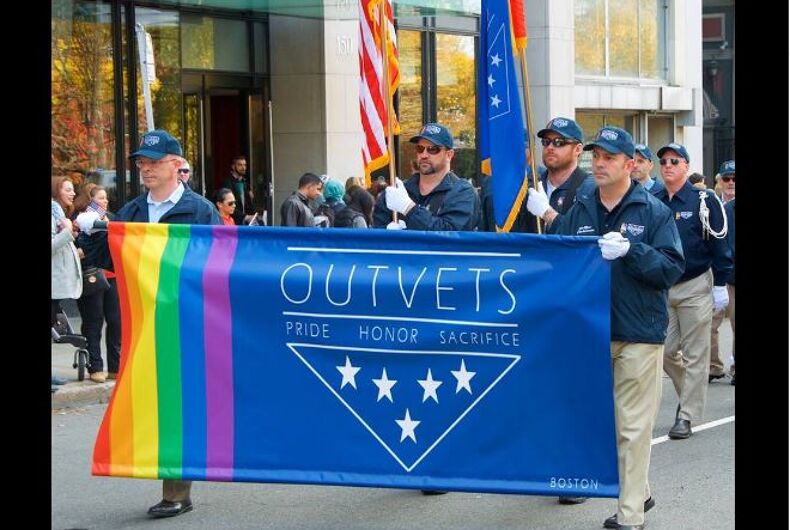 OUTVETS, an LGBTQ veterans group, has been denied entry in South Boston’s St. Patrick’s Day parade, despite the group having marched for the past two years.

The group posted the news to Facebook on Tuesday, condemning the discrimination.

“While the reason for our denial is unclear, one can only assume it’s because we are LGBTQ,” the post reads. “OUTVETS has marched in the parade for the last two years without incident. We followed their rules to the letter and our presence helped to tear down the wall of discrimination that surrounded this event.”

Ed Flynn, a member of the South Boston Allied War Veterans Council — the parade’s organizer — confirmed to the Boston Globe that the group did not receive approval to participate.

The vote at Tuesday’s meeting was 9-4 against allowing OUTVETS to participate in the parade, to take place on March 19.

“I am saddened and outraged that the Allied War Veterans Council has voted to turn back the clock on equality,” said Flynn.

Mayor Martin J. Walsh said on Wednesday that he will not participate either, unless the situation is “resolved.”

“I will not tolerate discrimination in our city of any form. We are one Boston, which means we are a fully inclusive city,” Walsh said in a statement provided by a spokeswoman. “I will not be marching in the parade unless this is resolved. Anyone who values what our city stands for should do the same.”

This is not the first time the Allied War Veterans Council has blocked gay veterans from marching, having previously taken a case to the Supreme Court, which it won.

It also resulted in the loss of city funding for the parade, as well Mayors Thomas M. Menino and Walsh refusing to march.

“For the last two years, I have had the honor of marching in an inclusive parade that has reflected the diversity of the brave men and women of our US Armed Services. I ask the South Boston Allied War Veterans Council to return to the table, reverse their vote and invite OUTVETS to participate in the parade,” Forry said in a statement.