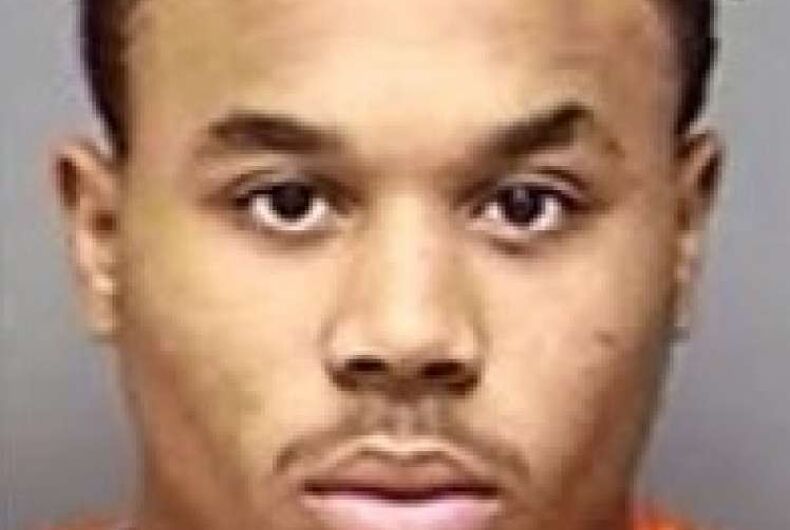 Federal laws can still work in our favor. Just when you thought that the federal government would like to erase any of our protections, a Dallas man has been sentenced to 10 years in prison under federal hate crimes law for using Grindr to find a target for a home robbery.

The man, Chancler Encalade, created a bogus profile with two other men. When they got to the victim’s house in February 2017, they tied him up and beat him, while shouting antigay slurs. The slurs proved that the victim was targeted for being gay, said U.S. Attorney Joseph D. Brown.

“The defendant not only broke in, but he did it specifically to intimidate individuals because of their sexual orientation,” U.S. Attorney Joseph D. Brown said in a press release.

Encalade and his accomplices were also accused of a range of other criminal acts, including other hate crimes, carjackings and kidnappings. All three pleaded guilty, with another defendant, Nigel Garrett, receiving 15 years for his crimes.

Grindr has been the unwitting vehicle for a number of men more interest in crime than sex. As atrocious as the crimes that Encalade and his accomplices will be serving time for, they pale next to even more violent ones, including murder. It’s a comfort to know that the federal government still has our back, but it’s also a reminder that, even if it’s rare, profiles can be a dangerous lie.

Adam Rippon goes on ‘Ellen’ to talk the Olympics, Pence, his crushes & working with GLAAD