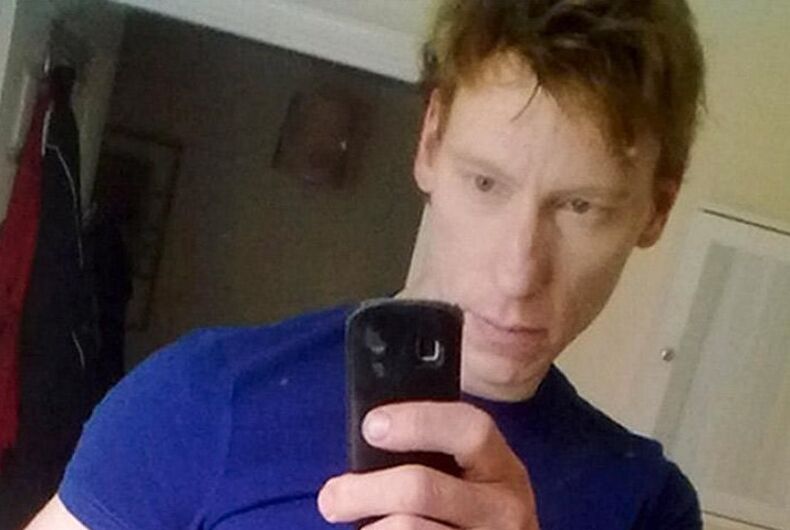 Stephen PortPhoto: via The Independent

Families of the victims of the “Grindr killer” are suing the London Metropolitan Police because they say the police failed to take the cases seriously due to homophobia.

Stephen Port, 41, was convicted of murdering four gay men – Anthony Walgate, 23, Gabriel Kovari, 22, Daniel Whitworth, 21, and Jack Taylor, 25 – who he found through Grindr. He spiked their drinks with GHB, a colorless and odorless party drug that can be lethal in high doses. Port then dumped their bodies near his apartment in London, three of them in a churchyard.

In each case, Port propped their bodies up and put bottles of GHB in their hands. With Whitworth, he also wrote a suicide note that said, “Please do not blame the guy I was with last night.”

Police originally thought that the deaths were cases of overdose, even when their families found the circumstances suspicious.

In the 2014 case of Walgate, the first victim, Port was arrested for “perverting the course of justice” because he moved the victim’s body. He was released on bail and went on to kill Kovari and Whitworth before being given an 8-month sentence for moving the first victim’s body. After getting out of prison, he killed Taylor.

Only after a new investigation into Taylor’s death did police realize that they were dealing with a serial killer. Port was convicted of murder last November and given a life sentence.

The families say that the murders were not properly investigated because the police discriminated against the victims. The lawsuit for “breaches of duty and inaction” accuses the police of violating the Equality Act of 2010. They are seeking £200,000 (about $260,000) in damages.

Police have admitted to “missed opportunities” in the cases, and 17 officers are currently being investigated for misconduct by the Independent Police Complaints Commission.

During the trial, evidence was presented of Port using Grindr and Fitlads to find victims. Prosecutors showed that he was obsessed with pornography in which men and women were drugged and raped, and police believe that he was responsible for seven rapes with other victims that he drugged.

Police say they are reviewing 58 other cases of people dying due to GHB poisoning in London.