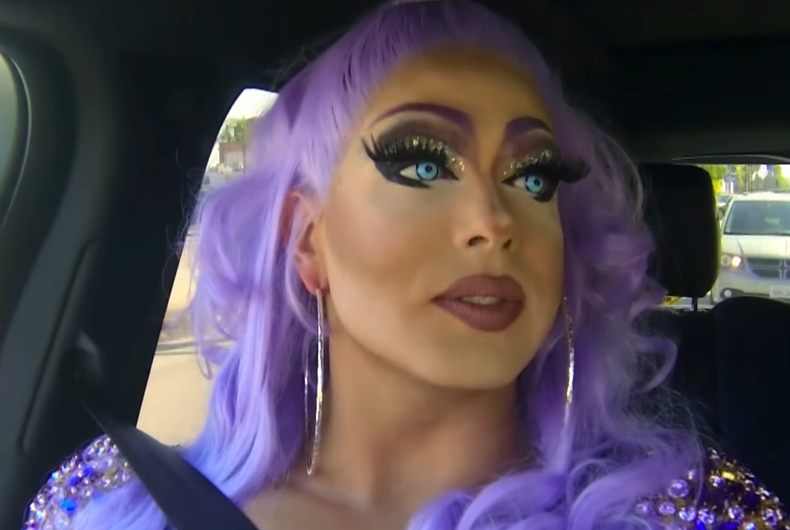 Just a quick thought here after watching last Friday’s RuPaul’s Drag Race (so… spoiler alert, but I’m only going as far as the mini-challenge here).

This week, the mini-challenge was the annual “Reading Is Fundamental” challenge, where the queens put on a pair of funny glasses and insult each other.

And, for the first time that I know of, one of the queens said she didn’t like being insulted. Alexis Michelle, who has a history of body hatred, was called fat by a few of the other queens. And she told them that it hurt her feelings.

The reaction from RuPaul and Ross Mathews was predictable. Since Ru hands the queens the glasses each year and tells them to tear each other apart (verbally), she’s obviously going to defend the practice. Here is how she defended the mini-challenge to Alexis:

The first argument is asinine. Yeah, it really is weird that Alexis just started insulting everyone else! I have no idea why she did that, and I’m sure it has nothing to do with the judge of a competition she really wants to win telling her to do exactly that! No, it must be because she’s a terrible person!

The second is awful pop psychology. Actually, no, making fun of people for things that they feel ashamed about or hate themselves for doesn’t make them feel better. Does this need to be pointed out to adults?

And the third… is just sad, really. Here’s a group of mostly gay men and a trans woman, people who were probably bullied when they were younger, both verbally and physically, partly because they are sensitive souls. And they were probably told by the bullies to quit being so sensitive, to grow a thicker skin, to man up and quit their whining.

I spend a lot of time among gay men in my away-from-keyboard life. And one thing that constantly gets me about gay men is how out of touch with their feelings they can be. Perhaps it’s a result of years spent hiding our feelings – either from ourselves or just from others – that self-repression becomes a reflexive response to any emotion.

So now, as adults and with some freedom to protect themselves from the worst forms of abuse, these gay men create a group exercise where they get to be mean to each other, letting the cycle of abusive behavior continue. And then they make sure that everyone knows they have to keep their feelings to themselves if they’re actually hurt by the insults – everyone hates an oversensitive faggot!

It’s bizarre and creepy if you think about it too much. I’m actually less sure how I feel about this than I may sound here, but there’s no denying that Alexis was hurt by the insults about her body, and seeing others tell her to simply not feel that feeling anymore makes me cringe.

Alexis wasn’t perfectly articulate about it, but she was hitting on some truth. Otherwise, why would RuPaul have gotten so defensive about the practice?