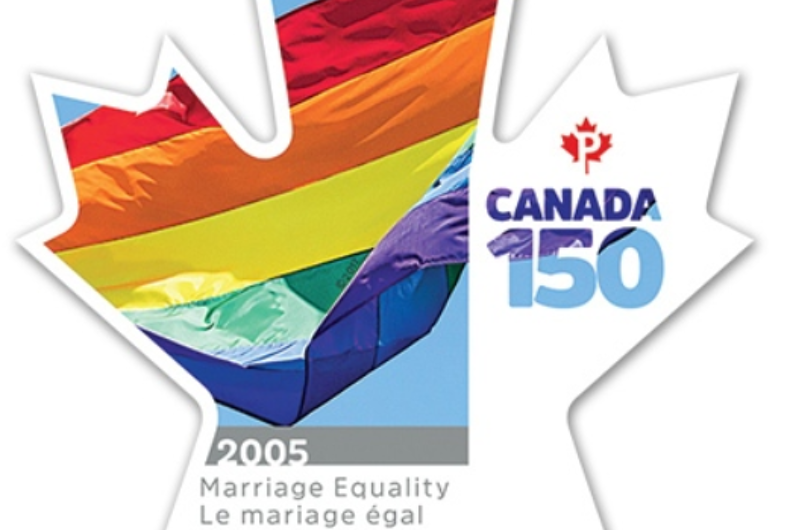 The Canada Post is commemorating Canada’s 150th anniversary with a series of stamps, one of which honors the country’s position on marriage equality.

The postal service unveiled the new stamp earlier this week. The stamp is shaped like a maple leaf and features a rainbow flag and the words “Marriage Equality” in both English and French. The year “2005” appears on the stamp, which is when same-sex couples could start marrying in that country.

The stamp is one of ten that the Canada Post released to commemorate Canada’s 150th birthday, and they will be available starting on June 1.