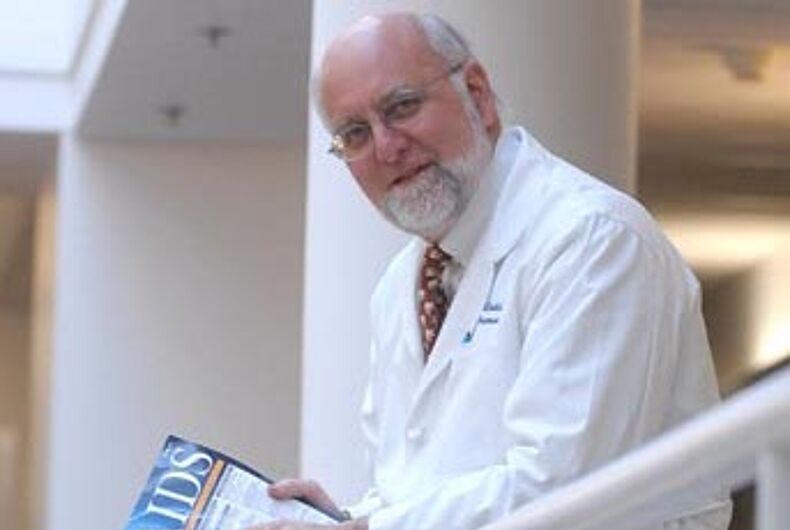 A pioneering AIDS researcher who’s also an expert on treating heroin addiction may become the new director of the Centers for Disease Control and Prevention.

Dr. Robert R. Redfield, an endowed professor at the University of Maryland School of Medicine, may be named as a candidate early this week, The New York Times reports.

Redfield, 66, founded the Institute for Human Virology with Dr. Robert C. Gallo, who co-discovered the HIV retrovirus and developed the blood test for HIV. Redfield now oversees a Maryland program providing HIV care and treatment to more than 6,000 patients in the Baltimore-Washington, D.C., area. It also combats HIV/AIDS in several African nations.

Redfield would replace Dr. Brenda Fitzgerald, President Trump’s first CDC appointment, who resigned in January amid complaints about her investments in tobacco and health-care companies. Fitzgerald was appointed by Tom Price, Trump’s first secretary of Health and Human Services, who resigned in September after criticism for lavish travel spending.

Related: Tom Price got fired for cheating taxpayers but screwing over the poor was okay

Redfield’s work has been extensive, yet some of his early work drew criticism from LGBTQ activists. He had proposed mandatory AIDS testing, which triggered fears of further discrimination and persecution of early HIV and AIDs patients.

And in 1993, as a doctor and researcher in the U.S. Army, Redfield was also investigated by Army on allegations that he overstated results of an HIV vaccine in clinical trials. The Army cleared him, but it criticized him for a cozy relationship with a conservative group, Americans for a Sound AIDS/HIV Policy.

“I think he’s a super candidate, first rate,” she said.