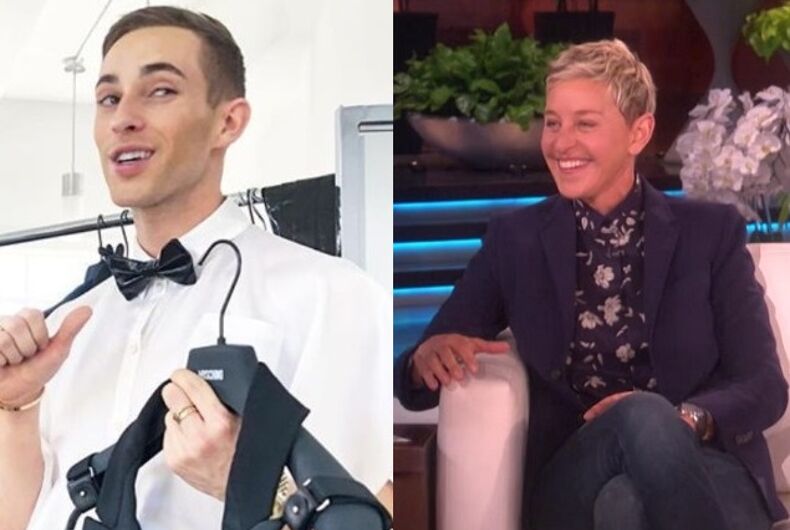 Page Six is reporting that Ellen and Adam Rippon are hammering out the details for a television project.

The anonymous source said, “[Rippon]’ll be producing a reality show with Ellen. The details are ‘TBD,’ but they are partnering.”

Rippon appeared on Ellen’s show a few weeks ago, and they each expressed their respect for one another.

Referring to when she saw Rippon at the Olympics, Ellen said, “Immediately I was like, ‘I hope we have him on the show’ because I just think you have the greatest personality.”

“I’ve been wanting to meet you since I was born 28 years ago,” he said. Turning to the audience, he said, “Everybody look, it’s Ellen!”