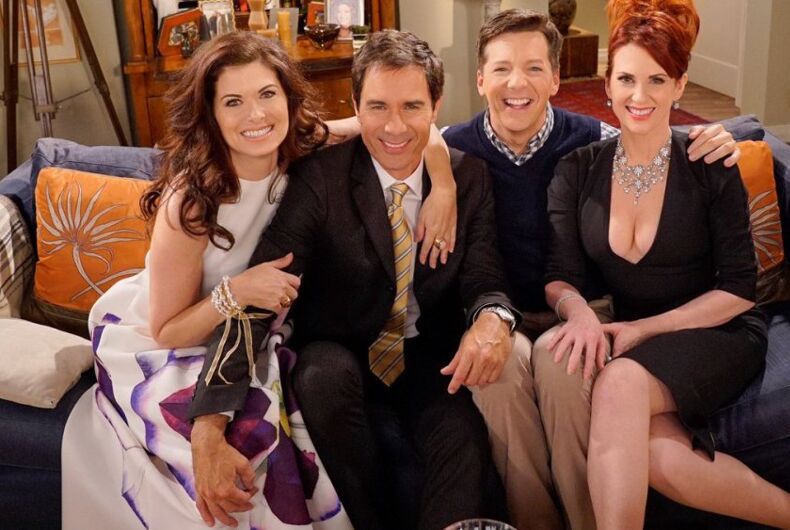 Get ready for a lot more Will & Grace. The revival of the hit show has been renewed by NBC for a third season, and not only that, its second season, slated for the fall of this year, has been expanded from 13 to 18 episodes.

The third season will also be 18 episodes, and is slated for fall of 2019.

The return of the show, originally airing from 1998 to 2006, has proven both commercially and critically popular. The ratings have been a boon to NBC, which needed a primetime hit. The revival also netted a number of Golden Globes and Screen Actors Guild award nominations.

“Will & Grace is averaging a 3.1 adults 19-49 rating and 9.8 million viewers overall in Live+7,” Deadline reports. “It is NBC’s top rated comedy series, improving its Thursday time slot by +48% versus NBC’s year-ago results for regular non-sports programming in 18-49. Will & Grace is NBC’s most-watched primetime comedy at this point in the season in eight years.”

“As far as I’m concerned, we can’t get enough of Will & Grace, and 23 more episodes is music to my ears,” NBC Entertainment chairman Bob Greenblatt said. “We’re eternally grateful that Debra, Eric, Sean and Megan feel the same way and wanted to keep this good thing going.”

“I’m overwhelmed by the euphoric response the new show has received from the press and the audience, and my hat is off to the unrivaled writing team of Max Mutchnick and David Kohan, as well as the brilliant directing of Jimmy Burrows, for consistently delivering one of the best shows on television.”

The announcement was officially made on Saturday at PaleyFest in Los Angeles, during a panel featuring the show’s four stars, Debra Messing, Eric McCormack, Sean Hayes, and Megan Mullally, as well as Kohan, Mutchnick, and Burrows, and moderated by actor Dan Bucatinsky.

According to Deadline, the actors only had contracts through the first season of the revival, at a reported $250,000 per episode. They are said to have negotiated new contracts for the second season, and new contracts yet again for the newly announced third.

Coincidentally, yesterday marked the 20th anniversary of when the crew shot the pilot episode of Will & Grace, as Hayes shared on Instagram.